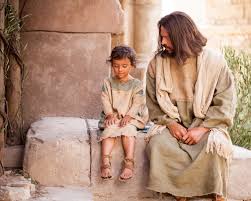 Jesus went to Galilee, preaching the good news of God: “The time is fulfilled, and the kingdom of God has come near. Repent and believe in the good news!”  (Mark 1:14-15)

A new era of God’s relationship with mankind had begun, just as it had been promised to Abraham’s generation.  The time had come for mankind to make a decision.  The Old Testament sacrifices and laws were now represented through the long-awaited Messiah.  The Kingdom of God was present on the earth, and this certainly was good news!

The last prophet was John the Baptist.  He was the messenger sent ahead of time to prepare the people for a new era, a new way.  Mankind’s only required response to receive God’s salvation: Repent and Believe.  It sounds simple, and it really was.  Jesus would take the place of the sacrifice.  A new era had begun and it changed the world in a very short time-frame, unlike no other ever has.

But even in today’s more-sophisticated climate, repentance seems hard for people.  It requires admitting our faults, admitting there is a higher power than ourselves, and admitting that we cannot be our own savior.  But Jesus says this is Good News!  Take a look around at our world.  The probability of us doing very well in this life (and death) by our own power are not very high odds.  Every day I pass by car accidents, or hear of friends and family with sudden health problems, and I’ve lived long enough to see people at the top of the world one day only to fall so hard the next.  The good news is that we do have a higher power who is compassionate, merciful and only has our best interest in mind.  It would be very frightening to live in this world without having a stronger help than myself, someone I can call out to anytime.

“Follow Me,” Jesus told them, “and I will make you fish for people!”  (Mark 1:17)  I imagine Jesus saying that with a smile and delight.

Jesus did not ask the people their qualifications, where they came from or what they had done.  He wanted to have a relationship with them, teach them, and show them what life was really meant to be.  Mark’s first recorded words from Jesus says almost everything we need to know about Jesus’ message in this new era of God: “Repent. Believe. Follow Me. It’s good news!”