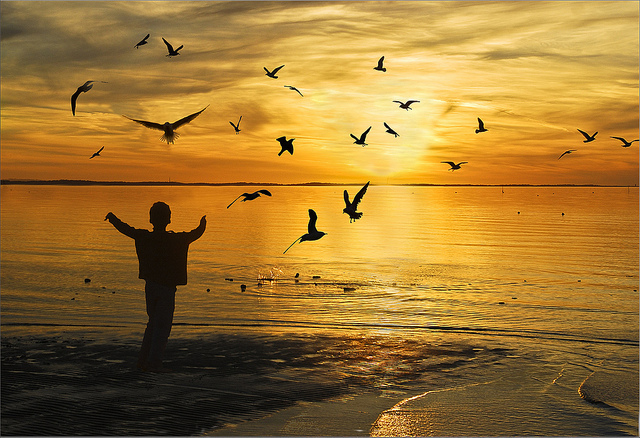 Someone once asked me, “What does it mean to be a Christian?”

I replied, “It means I have hope.”

I knew that the person I was talking to was not looking for a definition on Christianity.  But my answer surprised her, so I began to explain.

I became a Christian at the very early age of seven.  I remember it distinctively to this day, and so I’ve always had Jesus with me as part of my life.  I’ve had my ups and downs, been sad at times, and certainly haven’t had everything go my way, but I’ve never been without hope, for my future or for when I die.  It wasn’t until I moved away from home to a larger city that I began to meet other people around me who seemed to have no hope. I couldn’t understand that feeling.  How could someone not have any hope?  The people I met were neither homeless or desperate, but there was something missing from their everyday lives, their conversations and their talks about the future.  It was the absence of any real hope.  And in its place was fear.

“For I know the plans I have for you,” declares the Lord, “plans to prosper you and not to harm you, plans to give you hope and a future.”  Jeremiah 29:11

Christianity is all about hope.  It is knowing that Jesus goes with me wherever I go, loves me, and cares for me.  It is knowing God has a plan (a future and a hope) for my life.  He knows my future and has already taken care of it.  He will never leave me.  And I have the peace and reassurance that no matter what this world may bring or how long I have to live, I have put my faith in Jesus Christ as God’s promised son, repented of my sins and have been forgiven through the blood that Jesus shed on the cross and raised again to life by God.  And on that day when I meet God, I will have nothing to fear, for He knows me and I know Him.

Jesus often spoke about hope to the people he encountered.  He knew what they needed most, and he offered it to them.

Some men brought to him a man who could not walk. He was lying on a mat. Jesus saw that they had faith. So he said to the man, “Don’t lose hope, son. Your sins are forgiven.” Matthew 9:2

Jesus turned and saw her. “Dear woman, don’t give up hope,” he said. “Your faith has healed you.” Matthew 9:22

Paul of Tarsus eloquently writes about it in his letter in Romans 5 .  Though our methods of writing have changed a little since Paul’s time, the power of his words still lives on.