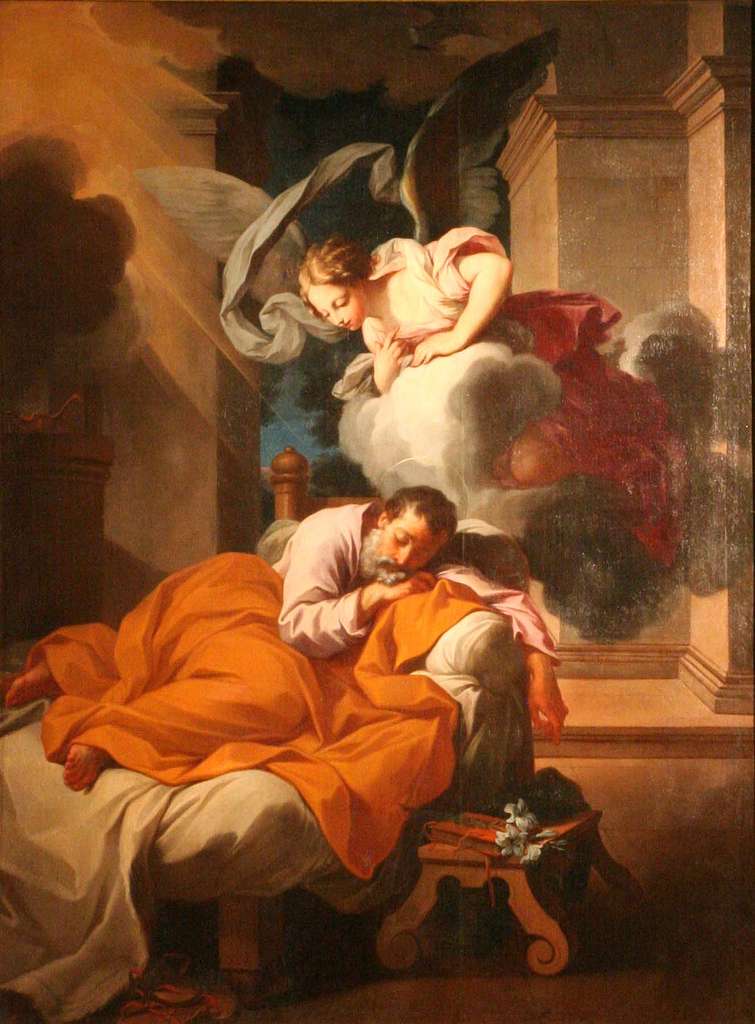 When Joseph heard the news that Mary was with child, he considered divorcing her from their engagement. But that was not God’s plan. This became the third time an angel appears announcing the baby Jesus. The first time was to Zechariah, the father of John the Baptist, the forerunner to Christ. Then the angel appears to Mary, and now Joseph. And the angels are not finished yet with this Heavenly celebration! ​

Matthew 1:20-22,24
But after Joseph had considered these things, an angel of the Lord suddenly appeared to him in a dream, saying, “Joseph, son of David, don’t be afraid to take Mary as your wife, because what has been conceived in her is by the Holy Spirit. She will give birth to a son, and you are to name Him Jesus, because He will save His people from their sins.”

When Joseph got up from sleeping, he did as the Lord’s angel had commanded him. He married her but did not know her intimately until she gave birth to a son. And he named Him Jesus.

May you find the God of joy and celebration this Christmas season.