Conversation on the exit ramp 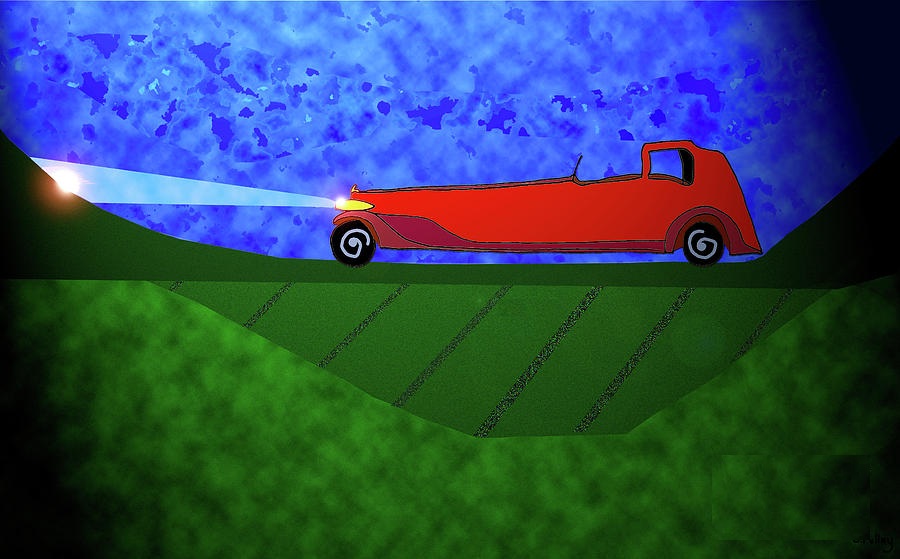 Conversation on the exit ramp

Have you ever met someone, perhaps a stranger in passing, who seemed a little out of character?  It is most striking to me when I see someone who does not respond to a situation in the usual way we expect human nature to respond – whether it is by fear or surprise or curiosity.  There will be something a little different about the person; something you can’t quite put your finger on, yet there is also a certain attractiveness to them.  I imagine when Jesus walked on the earth, people had a similar reaction to him.  Crowds followed him everywhere; people yearned to be close to him.  You can’t fake that type of thing.  I also believe that the most convincing evidence we have for God and His loving nature can be found in those out-of-character situations or little miracles that cannot be explained away, and where things seem to happen contrary to our human nature.

This is one of those stories.  Looking back on it now, I realize it was during a time in my life when I was most vulnerable – young, alone, and new to the big city.  I was twenty-two and just out of college without much money to my name.  Yet I know now, that even in those most vulnerable times of my life, God had my back.

It was late on a Sunday night as I drove through the dark and nearly-empty streets of the interstate on my way home.  My piece of junk car, as I liked to call it, had just blown a tire on the interstate.  With the car thumping and wobbling on its back rim, I pulled over to the side of the road and wondered what I was to do next.

It was completely dark outside, no streetlights, and I didn’t even have a flash light.  The exit ramp was about a quarter-mile up the road, so I decided I would walk to the top of the exit and go for help.  In the back of my mind, I knew there was no gas station at the top of this road, but in those days before cell phones, I did not see any other choice.

I walked as far into the grass and out of the sight of car headlights as I possibly could.  As I began to stomp through the tall grass, I became more aware of the dire situation I was in – a young female with a broken down car, late at night, in an area of town that was not the safest to be in.  I couldn’t go back to my car but the nearest late-night gas station was very far away too.  So I began to pray, “Please God, keep me safe me until I can reach a safe place.”

A few seconds later, a car came slowly driving up the exit ramp.  I kept my head down while I continued walking, and hoped the car would pass by without seeing me.  But instead, the car pulled over to the side of the road, right beside me and stopped.  The passenger window rolled down, and an elderly woman leaned out.

“I see you’re having some car trouble,” she said.

My first instinct was to deny it, but I realized it was useless, knowing she could clearly see my situation.  “Yes,” I tried to say confidently, “but I’m just walking up to the top of the exit to the gas station for help,” and hoped she was not aware there was no gas station in sight.

“Nonsense,” she replied, “You can use our car phone.”

I peered into the passenger window and saw another elderly woman in the driver’s seat.  Both women were very well-dressed and sitting in a big, luxurious Cadillac.  “That’s ok,” I said, “It’s a short walk from here.”  But the woman insisted, and stated they were on their way home from a golf trip.  Surveying the situation around me, it seemed like the best option I had, and besides, they looked rather harmless and did not appear like they needed to rob me.

The year was 1987, and car phones were just coming out on the market.  They were the predecessor to cell phones and could only be used in the car, but were still mainly reserved for the wealthy.  I climbed in the back seat of their Cadillac as they handed me their phone.  After calling a wrecker service, I thanked them for the use of their phone and said that I could go wait in my car now and they could go on ahead.

The two women didn’t say much as I sat in the back seat, waiting.  In fact, they didn’t ask anything.  They didn’t ask any of the usual questions a person would normally ask when a stranger is sitting in the back of their car.  Questions such as… what is your name, do you live around here, what do you do?  I also noticed they never once looked back over their shoulders at me or glanced in the rear view mirror to check on me.  They talked a little among themselves, though I couldn’t hear what they were saying, but mostly they just sat there looking straight ahead.  It almost seemed like they were my chauffeur.  I began to think that if I were them, I would be more afraid of me sitting behind them, than I was of them.

Finally the wrecker came, so I told them I would get out now and work with the mechanic and they could go on.

“No, we’ll wait,” they replied again.

I stood next to the mechanic while he changed the tire in the dark.  Then I discovered my car battery was dead too!  After about an hour, everything was finally fixed, and as I handed the man a check, he asked, “Who is in that car up ahead?”

I went back to my car and pulled onto the exit ramp to make sure my battery was still good.  At the same time, the Cadillac in front of me pulled out too.  I never really saw where it went after that, but I turned and headed home, still very shaken by it all.

In my apartment that night, I thought about it some more and wished I’d had a chance to thank the two elderly women one more time for helping me.  But as I sat and thanked God that night for keeping me safe, I somehow think the two women were aware of it as well.

Be anxious for nothing, but in everything by prayer and supplication, with thanksgiving, let your requests be made known to God; and the peace of God, which surpasses all understanding, will guard your hearts and minds through Christ Jesus.  Philippians 4:6-7