Keeper of the Stories 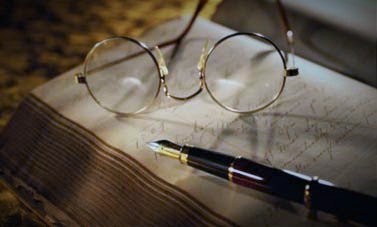 Keeper of the Stories

I first became aware of the phrase, “Keeper of the Stories” when I began to research lighthouses and their keepers.  These men and sometimes women of yesteryear, also referred to as “Guardians of the Light”, were considered people of honor and respect though their work was very hard and lonely at times.  They were in charge of saving ships in distress, sending out warning signals, and keeping the lights polished and in pristine working order, always ready for an approaching storm.

An important part of the lighthouse keepers job was to keep the log books.  Daily journals recorded the weather and the number and type of ships passing through their waters.  But it also contained much more.  The keepers detailed the stories of daily life at the lighthouse, important events of the time, wrecks and rescues, visitors, and any other local happenings.  The logbooks became a history of that particular life and time, and they were passed down to the next lighthouse keeper.  These men and women became Keepers of the Stories.

November 13, 1880: The sunset is behind a bank of dark clouds, yet it is not gloomy for the poets, and our good sense teaches us there is a Silver Lining beyond. – Calumet Harbor Lighthouse logbook, Lake Michigan.

The apostles during Jesus’ time were also Keepers of the Stories.
While Jesus walked the Earth, He commissioned His apostles to go and tell others about His story.  The apostles told a personal and powerful story of Jesus’ love for humankind.

With great power, the apostles were giving their testimony to the resurrection of the Lord Jesus.  Acts 4:33

The first women at the scene of Christ’s resurrection were Keepers of the Stories.

After the Sabbath, at dawn on the first day of the week, Mary Magdalene and the other Mary went to look at the tomb. There was a violent earthquake, for the angel of the Lord came down from heaven and, going to the tomb, rolled back the stone and sat on it. His appearance was like lightning, and his clothes were white as snow. The guards were so afraid of him that they shook and became like dead men. The angel said to the women, “Do not be afraid, for I know that you are looking for Jesus, who was crucified. He is not here; he has risen, just as he said. Come and see the place where he lay. Then go quickly and tell his disciples.  Matthew 28:1-8

Jesus often told parables to the people of His time.
Science has since proven that stories stimulate the part of the brain where our memories are stored.  We remember them almost as if they happened to us.  Our brains are wired to pull meaning from stories.  Facts which are not attached to meaning are quickly forgotten.

The Keepers of the Light

We are the keepers of that steadfast light
That guides a people’s course and destiny;
Not ours the skill directing over the sea
The mighty beams that blaze the path aright:
Ours but the hands that, serving, keep it bright.
The bringers of the oil, the workers we
Who day long, without pause and faithfully,
Toil that its radiance may pierce the night.
Above us are the wills that guide and turn:
It is not ours to watch nor question these:
Ours but to see each wick is trimmed and fit.
Lest on a night of storm it fails to burn
And a Great Ship goes down in awful seas.
O, Keepers of the light, keep faith with it!