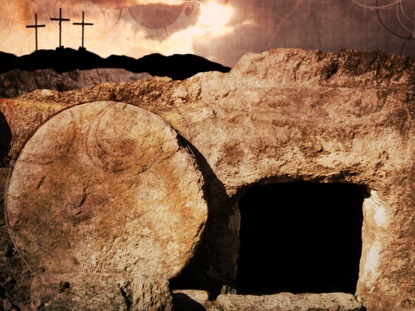 While the Pharisees were together, Jesus questioned them, “What do you think about the Messiah? Whose Son is He?”

He asked them, “How is it then that David, inspired by the Spirit, calls Him ‘Lord’:

The Lord declared to my Lord,
‘Sit at My right hand
until I put Your enemies under Your feet'”?

If David calls Him, ‘Lord’, how then can the Messiah be his Son?”

No one was able to answer Him at all, and from that day no one dared to question Him any more.

Most people will agree that a man named Jesus lived around the time of 30 AD.  And history tells us that the Pharisees did everything in their power to kill him.  After the stories of Jesus’ resurrection came to be known and belief in the Messiah was spreading quickly, it seems plausible that those same Pharisees would do everything in their power to find the dead body and shut this down.  After all, if it had been a hoax and Jesus was not the Messiah and Son of God, then there would have been a body. With all the publicity, the Roman guards and the heavy stone in the way, somebody would have seen something, said something, or produced some evidence.  It would have been too big of a story to hide. And eleven disciples would not spend the next 30 years being tortured and martyred for a hoax.

If God is unable to raise someone from the dead, then He is unable to give us eternal life after death.  What do you think?