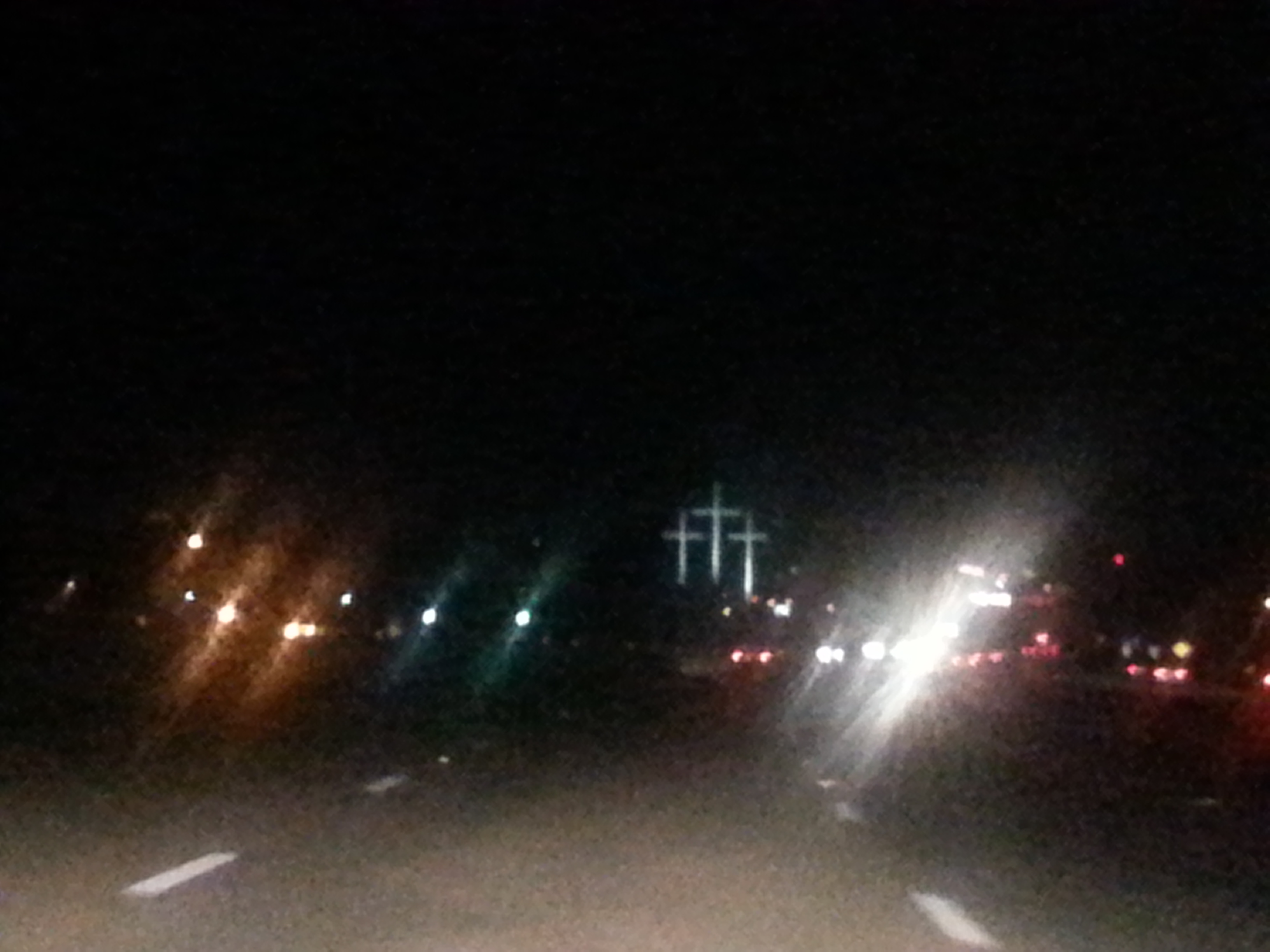 (Picture taken from my car on Interstate 75 going from Tennessee into Georgia.  I always enjoy seeing this when traveling back home.)

What a week, huh?  Black churches burning, mass murders, people spitting on a priest in the streets, and everyone’s emotions running high.  I have to say I’ve seen some of the worst in people this week. It’s been hard to find the good. It’s been hard to find those that say, I’m going to love you no matter what; I’m going to keep on helping you.  But when I read through the next passage of Jesus’ words in the New Testament, I became encouraged.  People in Jesus’ time were just as weary and worn out, like sheep without a shepherd.

No commentary is needed here.  Jesus’ words and actions speak for themselves.

Just then, a woman who had suffered from bleeding for 12 years approached from behind and touched the tassel on His robe, for she said to herself, “If I can just touch His robe, I’ll be made well!” But Jesus turned and saw her. “Have courage, daughter,” He said. “Your faith has made you well.” And the woman was made well from that moment.

When Jesus came to the leader’s house, He saw the flute players and a crowd lamenting loudly. “Leave,” He said, “because the girl isn’t dead, but sleeping.” And they started laughing at Him. But when the crowd had been put outside, He went in and took her by the hand, and the girl got up. And this news spread throughout that whole area.

When He entered the house, the blind men approached Him, and Jesus said to them, “Do you believe that I can do this?” “Yes, Lord,” they answered Him. Then He touched their eyes, saying, “Let it be done for you according to your faith!”  And their eyes were opened. Then Jesus warned them sternly, “Be sure that no one finds out!” But they went out and spread the news about Him throughout that whole area.

Then Jesus went to all the towns and villages, teaching in their synagogues, preaching the good news of the kingdom, and healing every disease and every sickness. When He saw the crowds, He felt compassion for them, because they were weary and worn out, like sheep without a shepherd. Then He said to His disciples, “The harvest is abundant, but the workers are few.  Therefore, pray to the Lord of the harvest to send out workers into His harvest.”

Jesus came healing every disease and every sickness.  The claim wasn’t that he healed some but every one. No one would make such a bold statement if it weren’t true. Jesus talked of faith and belief and compassion. He didn’t ask if they deserved it or what side of the law they were on. But he did ask for workers to help him spread this good news to His Father’s world.