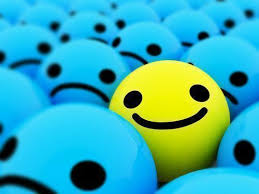 I was flipping through the channels on the television this morning and ran across a popular televangelist.  I paused the channel for a moment to listen.  He had some good life advice.  His critics will say he is a prosperity preacher and glosses over the truth.  Next, I checked my social media and read a Christian article from a man known for his scientific research.  He was critiquing the truth from every word of the television series, A.D The Bible Continues, which is a program I like to watch.  Which approach to Christianity is correct?  How are Christians supposed to act or respond to the world?

The best example of Christianity I have ever seen is from a woman I met twenty years ago and whom I will never forget.  My husband and I had just moved into our first home and I was anxious to meet our new neighbors.  I was also volunteering with the Billy Graham Association at the time and helping with a big crusade that was coming to our city.  So I decided to combine my efforts and walk around the neighborhood to meet my new neighbors and give them some information about the event.  When I came to the end of my walk, there was one last house at the back of the street in a wooded area where there was not much foot traffic.  I knocked on the door and a woman immediately opened the door and greeted me with a huge smile on her face.  Does she know me, I thought?  I immediately sensed there was something different about this woman.  She had no fear, and was radiating joy.  All of the other neighbors, at best, had been a little cautious when opening the door to a stranger.  She welcomed me in and introduced me to her husband in the other room, both of whom looked to be about fifty years old.  It was several minutes later before she even got around to asking me why I had come.  I learned from our conversation that she and her husband taught a young married Sunday School class, which my husband and I later began attending.

But that was not the end of her story.  As we became friends, she told me that she and her husband had lost their life savings and a good job due to a bad business decision on their part.  They were starting over at a time when most couples their age were thinking of retirement.  They had lost everything from their previous life and were now renting the house in our neighborhood.  A baby grand piano, a reminder from their other life, sat in the corner of their garage because there no room for it in the small rental house.

But you wouldn’t know any of this by looking at them.  The woman was not bitter or angry, and she did not blame her husband.  They had made the decision together, she said.  They had even prayed about it too.  Instead of self-pity and worrying, they were living their life to the fullest.  They ministered to young married couples, trying to assure us that even though we will have challenges in our marriage, things will be ok.  The woman also worked with the foster care system to keep newborn babies until they were able to be adopted or placed in other homes.  The babies often kept her up all night, and some of them were born with drug withdrawal symptoms from their birth mothers.  She tried to counsel the young moms when she could.  This was a couple that was truly filled with the pure, selfless joy of Christ.  They had no fear, no bitterness, and no self-pity.

Then John’s disciples came to Him, saying, “Why do we and the Pharisees fast often, but Your disciples do not fast?”

Jesus said to them, “Can the wedding guests be sad while the groom is with them? The time will come when the groom will be taken away from them, and then they will fast.  No one patches an old garment with unshrunk cloth, because the path pulls away from the garment and makes the tear worse.  And no one puts new wine into old wineskins.  Otherwise, the skins burst, the wine spills out, and the skins are ruined.  But they put new wine into fresh wineskins, and both are preserved.”

Christians are to celebrate being a new person in Christ, filled with the Holy Spirit.   Through Christ, we have a light that outshines any darkness and cannot be extinguished.  While there are definitely times for somber moods and fasting, there is also a joy in being with Christ and knowing that Heaven with all its glory awaits us.  We are eternally alive in Christ!  Let the world see your joy in Christ too!