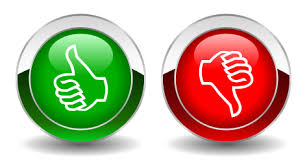 Which one of these is right?  A person who is disagreeable and untrustworthy but eventually does the right thing, or someone who is polite and respectable but does not do what they say?

This is the question Jesus presented to the religious Pharisees in his parable of the two sons.  But once again the religious leaders were unable to trick Jesus or fully answer his questions, and it infuriated them.

“But what do you think? A man had two sons. He went to the first and said, ‘My son, go, work in the vineyard today.’

“He answered, ‘I don’t want to!’ Yet later he changed his mind and went.  Then the man went to the other and said the same thing.

“Which of the two did his father’s will?”

In this story, both sons had the same father (God).  The first son represented the despised sinners of the day – prostitutes, adulterers and thieves.  Many of these people were attracted to Jesus.  He offered them hope and redemption, and they repented.  The second son represented the religious leaders of the day.  They loved their world and power more than their faith or finding the truth.  They spoke well, but did not back up their words with actions.

This is a recurring theme with Jesus, where he says sinners will enter the kingdom of heaven before the religious hypocrites.  Imagine… a heaven full of repentful sinners.  And for all those Pharisees and others who worked so hard for their status, where did it get them in the end?

The prophet Haggai also spoke of a similar situation to the Jewish people in 520 BC.

How often do we find ourselves in this situation today?  We are keeping up appearances and working hard, but it is toward the wrong things and it gets us nowhere.  Jesus is urging us instead to do God’s will, which is simply seeking the heart of God and His truth.  It’s as simple as that.  It is not being showy or working extra hard.  It is putting others first over our own selfish motives.  It is desiring the truth and being sincere in our heart.  These are things each of us can do every day, and in the end, we will be better off for it.