Pray for Our World: Iran 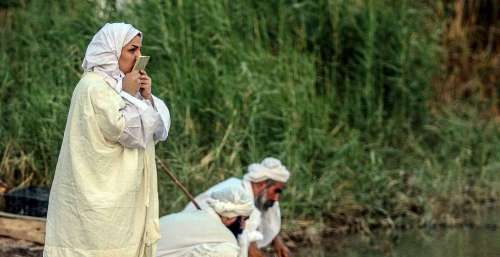 Pray for Our World: Iran

The Islamic Republic of Iran (formerly Persia from the Bible) is a desert region that strategically surrounds the borders of Pakistan, Afghanistan, Turkmenistan, Turkey, Iraq, Caspian Sea, and Persian Gulf.  A wealthy country in oil and natural gas, 80% is export earnings and only 20% is private sector.  28% of the young people are unemployed.  The theocratic Islamic Republic was declared in 1979 after the Shah was deposed in the Shi’ite Muslim Revolution.  It is a religious dictatorship.  The courts can impose a death sentence to male apostates, and life in prison for female apostates.

The most amazing thing that has come out of the dictator revolution is that the forced Muslim regime has left many Iranians disillusioned about the religion and more open to the Gospel than ever before.  Massive numbers of Muslims have recently been coming to Jesus.  Never since the 7th century has the Church in Persia grown so fast as post-1979, and even more amazing for a country that imposes the death sentence for doing this.  There have been numerous stories of dreams and visions, signs and wonders, happening in the underground church.  I have heard some of them myself directly from Iranians who have escaped to the U.S.  These people risk everything in search of hope and meaning in life.  One man I spoke with had literally been chased from his home with only the clothes on his back, to escape to Turkey where he could be baptized.  “I never knew that God could be my Father!  My Father!”, he exclaimed with tears of joy and relief in his eyes as he told his story.

Pray that the Holy Spirit will continue to move in this country, to shed a light to the darkness.  Pray for the underground churches and the new Christians.  May the people know the true joy and hope that can only be found in Jesus Christ.  It would be a shame to keep such knowledge from them, when we know and have the truth with us every day.  Do not take it for granted!  Do not keep it hidden.