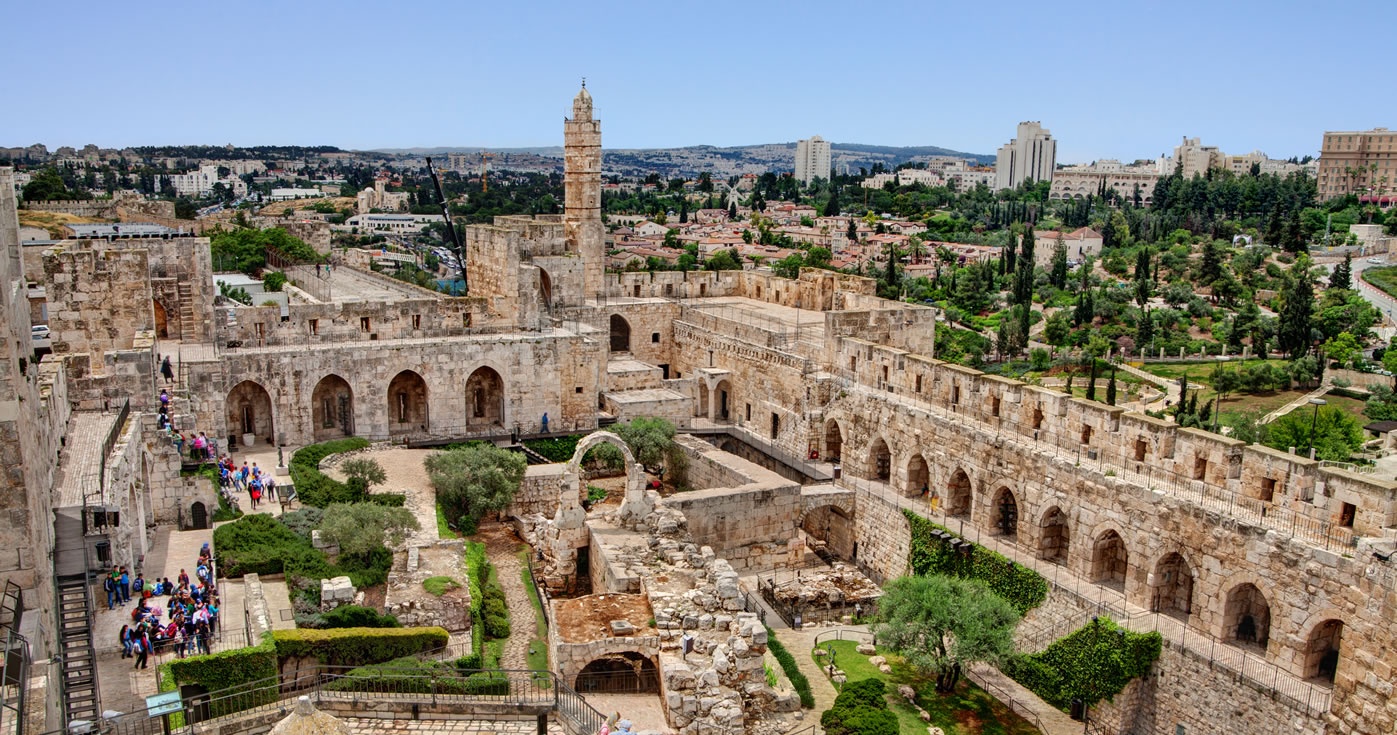 Jerusalem is the capital of Israel, but it is not recognized internationally.  The land is regarded by Jews, Christians and Muslims as their Holy Land.  Israel became a nation again in 1948 after almost 2000 years.  The northern kingdom of Israel was conquered by Assyria in 722 BC and the southern kingdom (Judah, capitol Jerusalem) by Babylon in 586 BC.  After 70 years of Babylonian exile, they returned to their land in Jerusalem and rebuilt King Solomon’s temple.  After Christ and the subsequent fall of Rome in 70 AD, the Jewish temple was destroyed, the nation dispersed and Jews scattered around the world, all fulfilling the prophecy from the book of Daniel.  The bringing together of a nation again after almost 2000 years fulfills another major prophecy before the second coming of Christ.  The temple must also be rebuilt a third time before the remaining prophecy can be fulfilled.  The original temple on the Temple Mount in Jerusalem was built by Solomon, King David’s son.  The second rebuilding of the temple in the same place was instructed by God after the Israelites returned from exile, and the third rebuilding has yet to be done.  There are currently preparations in Israel for all the materials needed for the temple so that the Jews can be ready when the time comes.

Israel today is modern, sophisticated, and well developed in high-tech, bio-tech, chemical and agricultural sectors, and the only democracy in the Middle East.  This is evidence from their history, as a people who were chosen to be separate from other pagan religions, and as a people chosen to carry the story of God to the world.  God patiently waits for them to return, and in the end times, they will once again lead the way, this time with Christ.  God promises to bless those who bless Israel and curse those who curse Israel.  Like any parent with wayward children, we would want them to be cared for until they return.  The population of Messianic Jews has increased over recent years, and I have had the opportunity to listen to many of their stories.  Messianic Jews are rich in family history, and they take claim to their Jewish Jesus with pride!  Pray for the salvation of Israel.