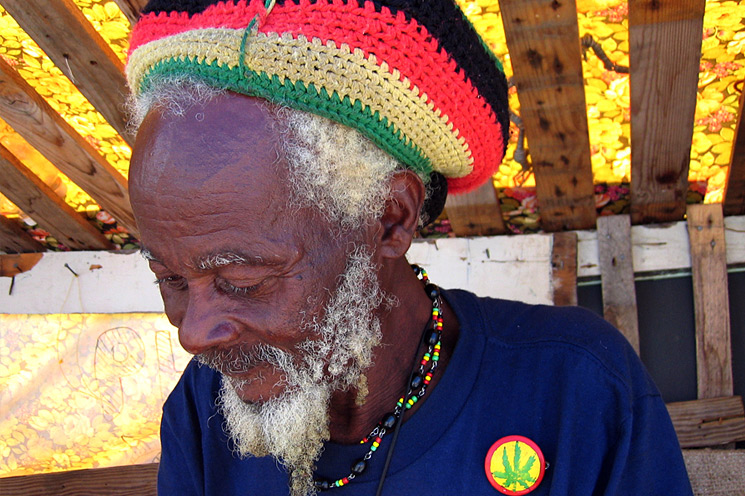 Jamaica is a large mountainous island in the Caribbean.  Jamaica has a wonderful Christian heritage, and one of the highest number of churches per square mile with several Bible schools and seminaries.  However, gangs and drug cartels have also brought high crime, violence and drugs to the country.

The Rastafarians is a common religion in Jamaica, characterized by the colors green, gold, red and black that you see in Jamaican hats, symbols and clothing.  It is a mix of Christian beliefs, black consciousness ideas, and social movement.  Dreadlocks, reggae music (popularized by Bob Marley), the use of marijuana, and their peace and love philosophy are all part of Rasta.  Though it all may sound good, they do not follow the Christian God.  Bob Marley sang a song called The Redemption Song, which hints of a spiritual longing and searching.  It is said that Bob Marley wanted to convert to Christianity but the people around him convinced him otherwise, as it would not be good for his popularity or their wallet. The story goes that Bob Marley later converted to Christianity and was baptized before he died.  I hope he is singing that true Redemption song in heaven today.  Our earthly rewards will be quickly gone and forgotten, but our eternal decisions will live on forever.

Pray that the Jamaicans will be able to reclaim their country from the crime and violence and drugs that is taking away our youth and true freedoms.