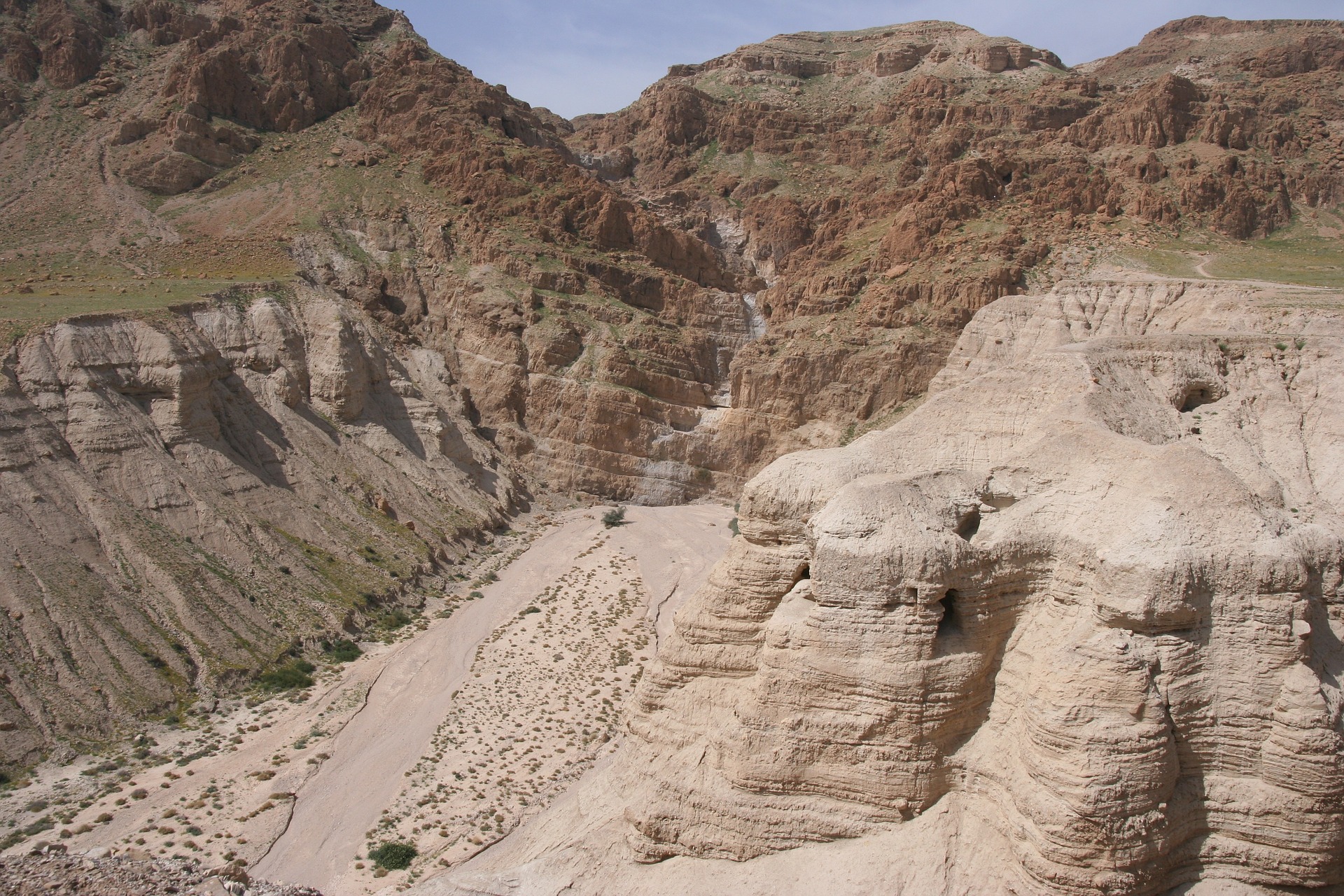 Four hundred years of silence from God spans the time between the Old Testament writings and the New Testament. There were no more prophets, no more prophecy, and no more discipline. Were the people awaiting the Messiah or had they given up? Did they feel forgotten?

Even though there is no further word from God during this period, prophecy is being fulfilled and a lot of activity is happening. Daniel’s prophecy for three of the four major kingdoms is fulfilled with amazing accuracy: Medo-Persia in 539 BC, Greece in 331 BC, and Rome in 63 BC. The area of Jerusalem is now called Judea; the Romans replaced the Assyrians and Persians; and Latin and Greek are the new major languages. The one temple of the Old Testament is now transformed into a new form of Jewish government by way of synagogues and the positions of Pharisees, Sadducees, and Sanhedrin.

The Jews produce many writings during this period. One is known as the Qumran scrolls, or Dead Sea scrolls. The Qumran society lived around the Dead Sea area when the scrolls were written. They believed in a “new covenant” or messianic theology that looked for the Messiah and followed the prophetic promises. Almost sounding like a Christmas story in itself, these scrolls were discovered by shepherds in a cave in 1947. This happened one year before Israel became a nation again, almost 2600 years after the Jews were first exiled.

Now we come to the New Testament part of the Christmas story, where we have the writings from a Gentile doctor named Luke. Luke is often a favorite gospel book to read. He has a unique and comfortable style, and much of the Christmas story we hear today comes from Luke. He has a more modern style of writing than what was previously read from the Old Testament. Luke explains things in a very factual and methodical way. Here is his account of what becomes the beginning of the fulfillment of the Messiah, the birth of the forerunner to Christ.

Many have undertaken to compile a narrative about the events that have been fulfilled among us, just as the original eyewitnesses and servants of the word handed them down to us. It also seemed good to me, since I have carefully investigated everything from the very first, to write to you in an orderly sequence, most honorable Theophilus, so that you may know the certainty of the things about which you have been instructed.

In the days of King Herod of Judea, there was a priest of Abijah’s division named Zechariah. His wife was from the daughters of Aaron, and her name was Elizabeth. Both were righteous in God’s sight, living without blame according to all the commands and requirements of the Lord. But they had no children because Elizabeth could not conceive, and both of them were well along in years.

When Zechariah’s division was on duty and he was serving as priest before God, it happened that he was chosen by lot, according to the custom of the priesthood, to enter the sanctuary of the Lord and burn incense. At the hour of incense, the whole assembly of the people was praying outside. An angel of the Lord appeared to him, standing to the right of the altar of incense. When Zechariah saw him, he was startled and overcome with fear. But the angel said to him:

Do not be afraid, Zechariah,
because your prayer has been heard.
Your wife Elizabeth will bear you a son,
and you will name him John.
There will be joy and delight for you,
and many will rejoice at his birth.
For he will be great in the sight of the Lord
and will never drink wine or beer.
He will be filled with the Holy Spirit
while still in his mother’s womb.
He will turn many of the sons of Israel
to the Lord their God.
And he will go before Him
in the spirit and power of Elijah,
to turn the hearts of fathers to their children,
and the disobedient to the understanding of the righteous,
to make ready for the Lord a prepared people.

“How can I know this?” Zechariah asked the angel. “For I am an old man, and my wife is well along in years.”

The angel answered him, “I am Gabriel, who stands in the presence of God, and I was sent to speak to you and tell you this good news. Now listen! You will become silent and unable to speak until the day these things take place, because you did not believe my words, which will be fulfilled in their proper time.”

Meanwhile, the people were waiting for Zechariah, amazed that he stayed so long in the sanctuary. When he did come out, he could not speak to them. Then they realized that he had seen a vision in the sanctuary. He kept making signs to them and remained speechless. When the days of his ministry were completed, he went back home.

After these days his wife Elizabeth conceived and kept herself in seclusion for five months. She said, “The Lord has done this for me. He has looked with favor in these days to take away my disgrace among the people.”

May God bring you comfort and reassurance in these messages of angels and prophets,
proclaiming the good news of this Holy season of Christ’s birth.