A Christmas Story Devotional: Day 16 – John the Baptist is born 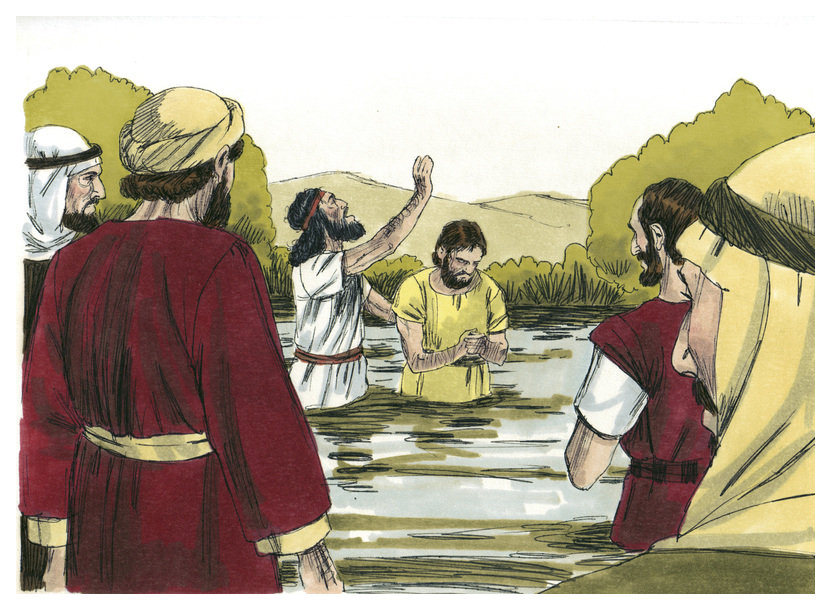 A Christmas Story Devotional: Day 16 – John the Baptist is born

“For I am about to do something new. See, I have already begun! Do you not see it? I will make a pathway through the wilderness. I will create rivers in the dry wasteland. – Isaiah 43:19

John the Baptist had a remarkable life. He came to make way for the Messiah and to prepare people’s hearts for salvation, though he did not know ahead of time who the Messiah was to be. He lived a simple and humble life in the wilderness, but was feared by King Herod because of his influence, and was later beheaded by him. The first century Jewish historian, Josephus, who wrote Antiquities of the Jews (a history of the Jewish people) acknowledged the life and activity of John the Baptist.

Luke continues his story, with the birth of John, later to be known as John the Baptist.

Luke 1:67-80
Then his father Zechariah was filled with the Holy Spirit and prophesied:

Praise the Lord, the God of Israel,
because He has visited
and provided redemption for His people.
He has raised up a horn of salvation for us
in the house of His servant David,
just as He spoke by the mouth
of His holy prophets in ancient times;
salvation from our enemies
and from the clutches of those who hate us.
He has dealt mercifully with our fathers
and remembered His holy covenant—
the oath that He swore to our father Abraham.

And child, you will be called
a prophet of the Most High,
for you will go before the Lord
to prepare His ways,
to give His people knowledge of salvation
through the forgiveness of their sins.

Because of our God’s merciful compassion,
the Dawn from on high will visit us
to shine on those who live in darkness
and the shadow of death,
to guide our feet into the way of peace.

The child grew up and became spiritually strong, and he was in the wilderness until the day of his public appearance to Israel.

May you get to know who Jesus is – the way of peace, the light that shines in the darkness,
and the One who gives us salvation and forgiveness of our sins.