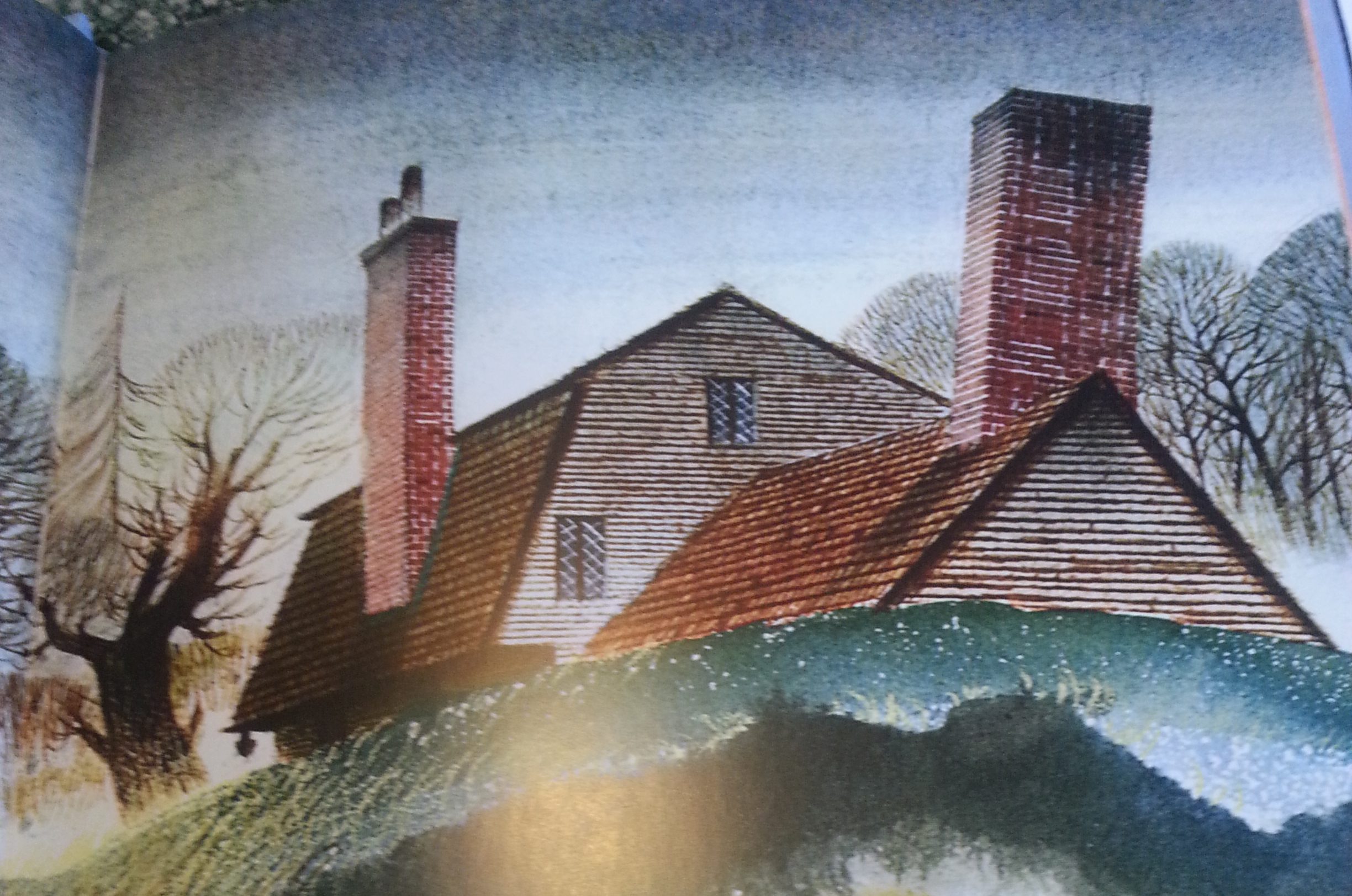 “Maggie darted about like a black-stockinged bird, in search of wood for the fireplace. She and her grandmother lived at the edge of a lonely cranberry bog in New England, and the winds were cold at the edge of the sea.”  (Cranberry Thanksgiving, Wende and Harry Devlin, 1971)

In this book is where I first learned that appearances were not always as they seemed to be.  In the story, Maggie is a young girl about my age, whose friend was called Mr. Whiskers.  “Too many whiskers and not enough soap,” her grandmother would say.  Mr. Horace, on the other hand, was a well-dressed gentleman who “smelled of lavender, pink-cheeked and starched.”   They were both invited to Grandmother’s Thanksgiving Feast of corn pudding, roast turkey and pumpkin pie, and Grandmother’s famous secret recipe of cranberry bread, of which she was suspicious that someone was there to steal it.  The house at the end of the cranberry bog was cozy, where the “red carpet was worn and the silver spoons didn’t match”, but that didn’t matter.  It was a welcoming and comforting place for me to imagine as a young child.  By the end of the story, the recipe-stealing villain turns out to be the starched Mr. Horace, not the suspecting Mr. Whiskers.  Mr. Whiskers’ words resonated with me as he spoke, “Don’t trust a man because he smells of lavender and has a gold cane”.  Those were good words to remember then and today, especially in this sometimes still confusing adult world we live in.  The 1970’s drawings in the book with its earth-toned colors and sketches take me back to that simple time.  I highly recommend reading this book to a child or adding it to your own collection.

(all quotes and pictures in this post are from Cranberry Thanksgiving, Wende and Harry Devlin, 1971)

This is the one day in America, where our country stops to give thanks to God for all our blessings.  No other country has a day quite like this.  And I believe God still smiles upon America on this special day, as we give thanks to the God who provides.