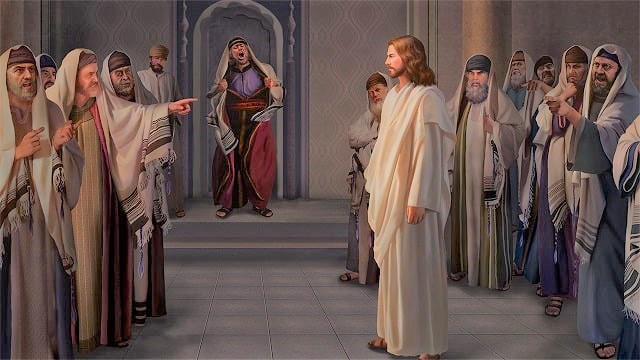 Jesus only mentions one sin that will not be forgiven – blasphemy against the Spirit.

Jesus warns, “He who is not with Me is against Me. Any sin and blasphemy will be forgiven people, but blasphemy against the Spirit will not be forgiven.” Matthew 12:30-31

This is a very specific statement from Jesus, so it is important, even life-critical, that we understand exactly what this blasphemy is and what it is not.  In this story about Jesus, the Jewish leaders or Pharisees are accusing him of being an evil spirit or the devil himself.  This is one of the biggest insults a person could say to Jesus, but insults alone are not blasphemy.  Insults or curses that are said in ignorance or unbelief against Jesus or the Spirit are not blasphemy.

Blasphemy against the Holy Spirit is a deliberate rejection from those who know Jesus’ claims are true, yet reject Him anyway.

These Pharisees could not deny Jesus’ claims and miracles to be true so they said He was from an evil spirit instead.  Their hearts were hardened, and they rejected Jesus even when they had the fullest possible revelation of who he was.  The Holy Spirit testifies of Christ and makes His truth known to us.  These Pharisees had that ultimate truth but rejected it, and that is why it was blasphemy against the Holy Spirit (truth).

Rejection in ignorance or unbelief that later gives way to repentance is not blasphemy.

Saul of Tarsus’ conversion is a good example of this.  He was a murderer of Christians, and a hater of Jesus.  His sins could not get much worse than that.  But when the Holy Spirit (Jesus in Spirit) was revealed to him on the road to Damascus, he did not deny or reject it.  He embraced the truth, even when he knew what that meant in facing his past sins, and what it would cost him in changing his ways.  Paul was forgiven.

The scribes who had come down from Jerusalem said, “He has Beelzebul in Him!” and, “He drives out demons by the ruler of the demons!”

“On the other hand, no one can enter a strong man’s house and rob his possessions unless he first ties up the strong man. Then he will rob his house. I assure you: People will be forgiven for all sins and whatever blasphemies they may blaspheme. But whoever blasphemes against the Holy Spirit never has forgiveness, but is guilty of an eternal sin”— because they were saying, “He has an unclean spirit.”