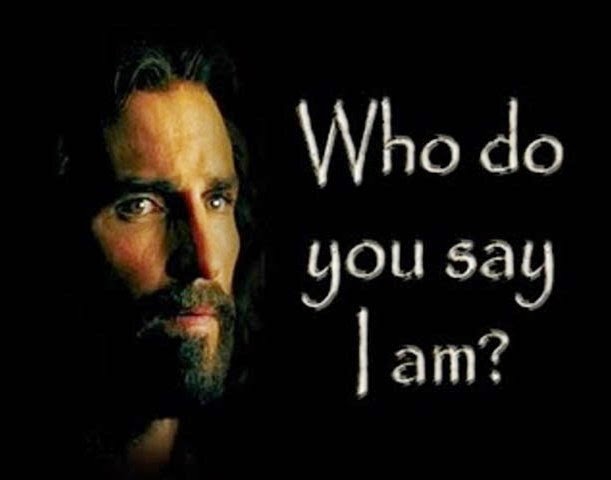 Who is Jesus?  Who is the Messiah?  Who or what is the Rock?

This small passage in the book of Matthew reveals a lot and questions a lot.

When Jesus came to the region of Caesarea Philippi, He asked His disciples, “Who do people say that the Son of Man is?”

And they said, “Some say John the Baptist; others, Elijah; still others, Jeremiah or one of the prophets.”

Simon Peter answered, “You are the Messiah, the Son of the living God!”

“Simon son of Jonah, you are blessed because flesh and blood did not reveal this to you, but My Father in heaven. And I also say to you that you are Peter, and on this rock I will build My church, and the forces of Hades will not overpower it. I will give you the keys of the kingdom of heaven, and whatever you bind on earth is already bound in heaven, and whatever you loose on earth is already loosed in heaven.”

Even today, some people call Jesus a prophet.  During Jesus’ time, people knew he was more than an ordinary prophet and thought he must be one of the great prophets who had come back to life.  How else could they explain Jesus?  But Jesus did not answer the disciples by saying he was a prophet.

Whether you believe Jesus as the Messiah or not is up to you, but the one thing Jesus never is – just a prophet.  That is a weak compromise which means nothing to any faith.  Either Jesus is who he said he was, validated by Peter as revealed to him through God and witnessed by all the disciples, or, Jesus was just a very good man.  There is no in between and no reason for it.  Jesus as just a prophet means nothing to the Jews.  Jesus as a prophet means nothing to the religion of Islam because only Mohammed matters in their faith.  Jesus as a prophet to other non-Christians means no more than any other teacher or philosopher.  And prophets die.  None of these ideas of a prophet will make a difference in your eternal fate.

Jesus also said Peter was the rock on which he would build his church.  Catholics take this to mean that Peter was to be the leader (first pope) of the one church.  I’m not sure about the titles, but Peter was certainly blessed and had a very special purpose in bringing the message of Christ to the rest of the world.  What is most important to remember is that Peter had a great faith and he acted on it!  And because of that, Jesus’ church and family now includes all those who follow Jesus as the Messiah, their Savior.  The church is not a building or a denomination or even following a certain preacher, but a faith built on the cornerstone rock of Jesus Christ.

And the forces of Hades will not overpower it.