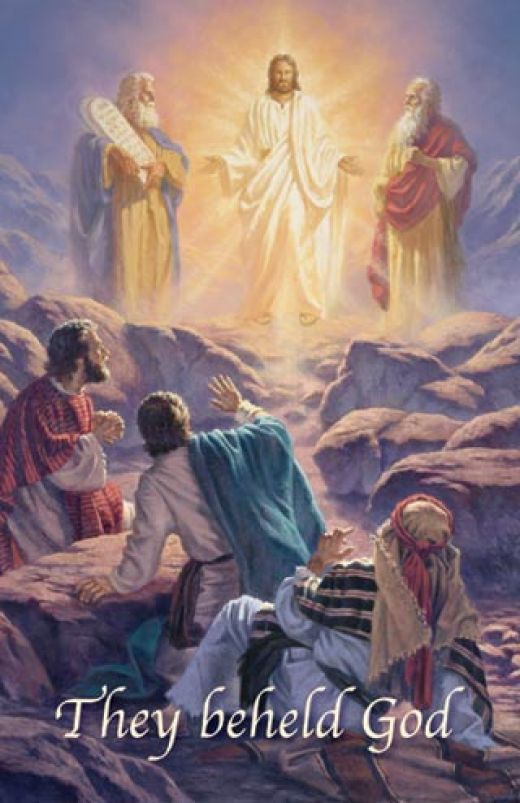 The Transfiguration of Jesus as recorded in Matthew 17 is one of the hardest things for many people to grasp.  Even for myself growing up church, it was never mentioned a lot.  People like to hear about Jesus for his Sermon on the Mount, his miracles and healings, and his teachings about love… but transfiguration?  This is where you have to step out of your comfort zone, go beyond the fair-weather Christianity, and say: Jesus was not just a man, or a baby in a manger at Christmastime, but was God in human form, standing next to the great prophets Moses and Elijah who had lived over a thousand years before.

No one can completely prove or disprove details that happened over two thousand years ago, but human nature can give us a lot of clues.  What would make the disciples of Jesus continue to do all the things they did after Jesus’ crucifixion?  They traveled the world telling about Jesus, to the extent of being jailed, tortured, penniless, and all of them having died a horrific death for their beliefs, but never once recanting their story.  It would have to be something supernatural that could not be explained any other way.  There are only two events that could satisfy their actions: the Transfiguration and the Resurrection.

Jesus took Peter, James, and his brother John and led them up on a high mountain by themselves. He was transformed in front of them, and His face shone like the sun. Even His clothes became as white as the light. Suddenly, Moses and Elijah appeared to them, talking with Him.

While he was still speaking, suddenly a bright cloud covered them, and a voice from the cloud and said:
This is My beloved Son.
I take delight in Him.
Listen to Him!

When the disciples heard it, they fell facedown and were terrified.

Then Jesus came up, touched them, and said, “Get up; don’t be afraid.”
When they looked up they saw no one except Him—Jesus alone. As they were coming down from the mountain, Jesus commanded them, “Don’t tell anyone about the vision until the Son of Man is raised from the dead.”

So the disciples questioned Him, “Why then do the scribes say that Elijah must come first?”

“Elijah is coming and will restore everything,” He replied. “But I tell you: Elijah has already come, and they didn’t recognize him. On the contrary, they did whatever they pleased to him. In the same way the Son of Man is going to suffer at their hands.” Then the disciples understood that He spoke to them about John the Baptist.

During the immediate years after Jesus’ crucifixion, the Jews became scattered when the temple was destroyed in 70 AD along with the fall of Rome.  There were two main groups of Jews during this time: Sadducees and Pharisees.  The Sadducees eventually gave up their Jewish religion all-together after Rome was destroyed, and the Pharisees began to follow only the first five Hebrew books of the Bible, called the Pentateuch.  They abandoned all of the later historical Old Testament books that were written in Greek, including many of the Old Testament prophets.  Some Jews did become followers of Jesus, as can be found in the New Testament letters which discuss the need for continuing Jewish rituals among the new believers.  And the disciples went on to teach the ways of Jesus, spreading it to the rest of the world.

From the Old Testament prophets, written hundreds of years before Jesus:

Micah 5:2 – Bethlehem Ephrathah, you are small among the clans of Judah; One will come from you to be ruler over Israel for Me. His origin is from antiquity, from eternity.

Malachi 3:1-2 – See, I am going to send My messenger, and he will clear the way before Me. (John the Baptist)  Then the Lord you seek will suddenly come to His temple, the Messenger of the covenant you desire – see, He is coming.

Zechariah 9:9 – Shout in triumph, Daughter Jerusalem! Look, your King is coming to you; He is righteous and victorious, humble and riding on a donkey.