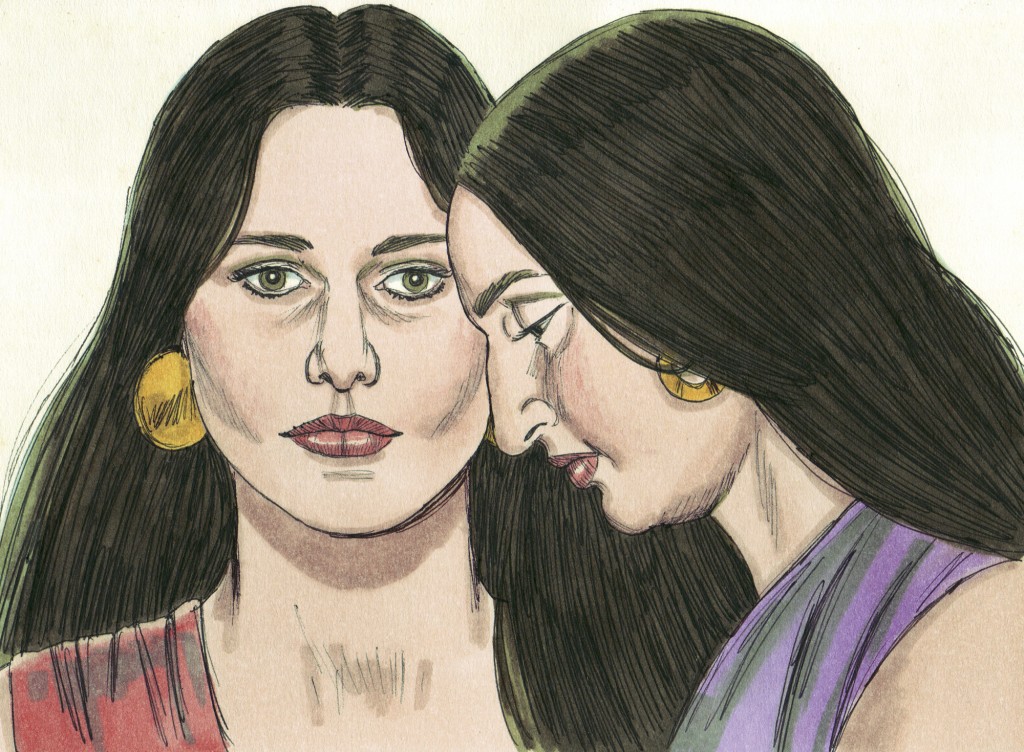 I’ve discovered a little known part to a Christmas story that often gets overlooked in the amplified fairy-tale type stories we usually like to hear.  At this time of the year, squeezed in between the endless Christmas tunes and the joyous family images we are constantly presented with, there’s a lot of heartache and loneliness for many people.  Even the psychologists have recently stated that too much Christmas music can be bad for your mental health, which reaffirms what many of us already know and feel this time of year.

This a story for all of us – a reminder for some and a hope for others.  It is about Leah, the unloved one.  I have never thought of this particular story in this way before.  If you are familiar with Bible stories, then you have probably heard of the love story between Jacob and Rachel in Genesis 28-29.  Jacob, who is also known as the father of the nation of Israel, is the son of Isaac and the grandson of Abraham.  Jacob fell in love with his boss’ daughter Rachel at first sight.  She was “shapely and beautiful”, while her older sister Leah had “ordinary eyes”.  It was not the custom back then for the younger daughter to be married first, so Jacob agreed to work for their father for seven years so he could marry Rachel.  After he finished the seven years, he was tricked into marrying Leah instead.  Jacob had to agree to another seven years of labor so that he may also marry Rachel, which he did.  In telling this story, we often focus on Jacob’s love for Rachel and his sacrifice, but what about Leah?  How did she feel?  She was forced into marrying a man who did not love her or want her.

As the story continues, when the Lord saw that Leah was unloved, He opened her womb and she produced four sons, but Rachel was unable to conceive.  Each time Leah said, “surely my husband will love me now.”  But the beautiful Rachel may have started to become bitter, because when she saw that she was not bearing any children to Jacob, she began to envy her sister Leah.  She demanded that Jacob give her children, of which Jacob became angry with her and replied, “Am I in God’s place, who has withheld children from you?”  So Rachel instructed her slave to sleep with Jacob instead, and they had a son named Dan (who is later associated with pagan practices).

Fast forward a little through the turbulent life of Jacob and his twin brother Esau, and his demanding father-in-law, until we get to the end of Jacob’s life.  He eventually has a son with Rachel named Joseph, who has an incredible story all of his own in Egypt, but this little known story is still about Leah.  On Jacob’s deathbed, he gathers all his sons together to tell them what will happen to each of them in the days to come.  As a side-note, Jacob’s twelve sons will become the twelve tribes of Israel, who later fight and split apart into the Northern and Southern Kingdoms.  Jacob begins to tell each of his sons their fate – some good and some bad.  But it is Leah’s son Judah who receives the best blessing and prophecy:

Judah, your brothers will praise you.
Your hand will be on the necks of your enemies;
your father’s sons will bow down to you.
Judah is a young lion—
my son, you return from the kill.
He crouches; he lies down like a lion
or a lioness—who dares to rouse him?
The scepter will not depart from Judah
or the staff from between his feet
until He whose right it is comes
and the obedience of the peoples belongs to Him.
He ties his donkey to a vine,
and the colt of his donkey to the choice vine.
He washes his clothes in wine
and his robes in the blood of grapes. (Genesis 49)

It is through the lineage of Leah, the one who felt unloved, from her son Judah that the line of David will come and the birth of a Savior, Jesus Christ.  And in the end, it was Leah that Jacob honored in her death by being buried with her in Abraham’s burial site.

If we only look at life from the short view, it can often seem very unfair and full of disappointments and sorrow.  But we must look at life with the long view in mind just as God does.  We are all beautiful in God’s eyes – with true beauty.  God has something special in mind for all of us whether we see it in this life or when we get to heaven.  I believe that Leah was loved after all.  And from her offspring, came Jesus Christ.