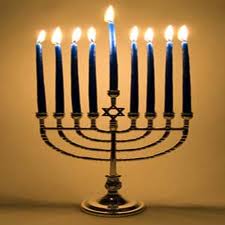 “For a couple of years it was just me and Jesus.  I thought we were the only two Jewish believers in the world.”

That’s what my new friend Anne said to me over coffee one day while I was visiting at her house.  Anne was on the welcoming committee for the new parents of my son’s Christian high school, so I was a little surprised that day when I showed up at her house prior to the start of school.  The living room was filled with all kinds of antique menorahs, Star of Davids, and many other Jewish symbols that looked like they had been handed down from several generations.  It did not look like what I was expecting from the welcoming committee of a new Christian high school.

After we all settled in with our coffee and dessert, I asked the question that none of the other new parents wanted to ask.  “Are you Jewish?”

I wanted to know more since I had never personally met a Messianic Jew and I had lots of questions.  “How did you become a Messianic Jew?” I asked.  And so she began to tell her story.

“My parents and my husband’s parents are traditional Jews.  They tolerate our beliefs but they do not believe themselves,” she began in a rather mild tone.

“I was in college and my roommates were Christians.  I would argue with them about their beliefs.  One day they simply asked me, ‘Have you ever read the Bible?’  I had not, so I decided I would read it for myself.”

“I started with the Old Testament and began to read about my ancestors and how they would often turn away from God and worship idols, and then they would be punished and go through many trials.  I realized their writings must have been inspired by God because there was no way they would make themselves look that bad if they had written it by themselves,”  Anne said with a laugh as if she were thinking about her ancestors personally.

“By the time I finished the New Testament, I knew in my mind it was true about Yeshua, but I couldn’t accept it in my heart yet.  It took about two more years before I could do that.”   Anne referred to Jesus as the Hebrew name Yeshua, because that is what he would have been called by those that knew him personally at the time.

“I started going to Christian churches.  I tried all different denominations but I just couldn’t fit in.  It was all so strange to me.  I lived in a Jewish neighborhood with a traditional Jewish family.  I thought me and Jesus must be the only two Jewish believers around.  After awhile, someone told me about a Messianic Jewish synogogue so I started going there.  I couldn’t believe my eyes!  There were lots of other Jews there just like me, and I didn’t have to give up my heritage to believe.  I eventually met my husband there too.  We bought this house and a few years later a new Christian school opened up down the street.  And now I welcome other Christians into the school,” she said with a smile as she finished her story.

“Thank you,” I said, “for sharing your story.  I feel like I’ve been sitting here listening to you and Jesus tell this story.”  And we all left that day with a little more knowledge of our history.

A prophecy from the Psalm of David, written about 1000 years before Christ:

A band of evildoers has encompassed me;
They pierced My hands and My feet;
I can count all My bones.
They look and stare at Me.
They divide My garments among them,
And for My clothing they cast lots.