Peter, I have prayed for you 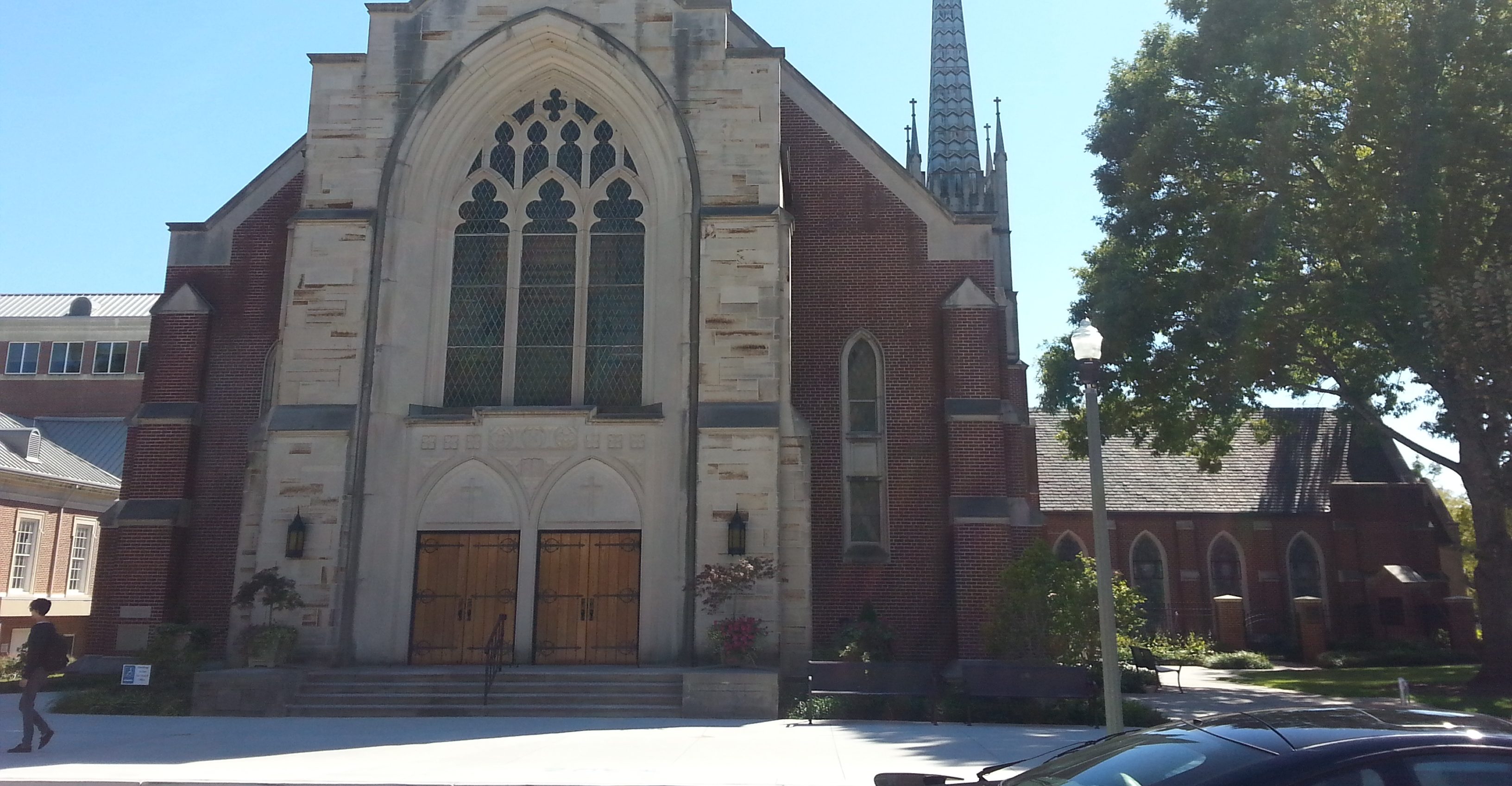 Peter, I have prayed for you

And I tell you that you are Peter, and on this rock I will build my church, and the gates of Hades will not overcome it.  Matthew 16:18.

I came across this magnificent looking church recently while taking a walk through the park of a nearby town.  According to the sign posted outside the church, it was built in 1825.  At a time almost 200 years ago, the country was in a period of rest in between two major wars.  The American Revolution had ended almost 40 years earlier, and it was about 40 years before the start of the American Civil War.  Located in a part of the American South where many old buildings were burned during the Civil War, this church stood as a testimonial to what Peter and the other disciples had fought and died for almost 1800 years prior to the beginning of this church.

I sat in the park across the street from the church, sipping my latte and enjoying free      wi-fi, while I wondered what battles had been fought on this ground for my religion and other freedoms we enjoy today.  I heard the church bells ringing in the background while people hurried back and forth to the train station down the street, or to the coffee shops and restaurants nearby.  Did they know what this grand church represented and how a brave and faithful man called Peter lead the way for the first Christian church and for all the others that followed?  But Peter’s story wasn’t always a brave one, and he was known for little faith at times.  Then something changed that.

The story of Peter’s denial of Christ while Jesus is being taken away by the guards at the Garden of Gethsemane is a widely known story told throughout history.  It’s been said there were 300-600 men there that night to take Jesus away.  Jesus tells Peter that he will deny him three times and will abandon him in his greatest hour of need on this night.  Peter emphatically says he will do no such thing, but he ends up doing it anyway.  Yet there is more to the conversation between Jesus and Peter that night, a lesser known part to the story.  Jesus said to Simon (for he was not yet called Peter, the rock):

“But I have prayed for you, Simon, that your faith may not fail. And when you have turned back, strengthen your brothers.”   Luke 22:32

I have prayed for you… Jesus prayed for Peter.  Even before it happened, and even though Jesus knew what Peter would eventually do, he still prayed for him.  Jesus, the Messiah, about to be betrayed and handed over to guards, was praying for Peter.

And when you have turned back… Jesus was not focusing on Peter’s shortcomings or sin.  He was more concerned about his turning back, his repentance, his future.  Jesus was praying that Peter would become stronger as a result of his trial, and that his strength would become a greater help to others.  Jesus never belittled or embarrassed people because of their sin or lack of faith.

Even today, Jesus prays for us.  He is fighting for us, interceding on our behalf, praying when we don’t feel like praying ourselves.  It’s not about the straying away or falling down that is most important, but it is about the turning back, the repenting, the change of heart.  It is in that moment of repentance and faith that we are brought to Jesus.  It is knowing we have Jesus helping us back up.  That is the essence of Christianity.  This theme of Jesus’ ministry is found throughout the Bible and it is found in the redemptive stories of people’s lives being told today.

So the next time you pass by a grand old church or hear the church bells ringing in the background, stop and think of Peter, whom Jesus prayed for and who went on to build up and strengthen the Christian church.  And know that Jesus is praying for you too.