Pray for Our World: Latvia 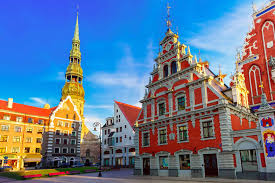 Pray for Our World: Latvia

A pre-Soviet state, Latvia is the central of three Baltic republics.  It has been ruled over the years by Germans, Danes, Poles, Swedes and Russians since the Middle Ages.  Stalin’s conquest in 1940 liquidated a fifth of the population, deported many more and forcibly settled Russians in their place.

Latvia has long and deep pagan roots and are among the last European peoples to be Christianized in the 13th century.  They became early supporters of Luther and much of the population converted to Lutheranism.  More recently though, the Nazis harshly persecuted the church.

Today, after the fall of Communism, they have been left with a moral vacuum.  There is an attitude of spiritual apathy and hopelessness.  They have the world’s fourth highest suicide rate.  Alcohol, drugs, sex trade, high abortion rates, and corrupt government are all problems.  Pray that their society will awaken, and seek to rebuild their nation by following the God who can bring them hope and deliverance.