Pray for Our World – The Americas 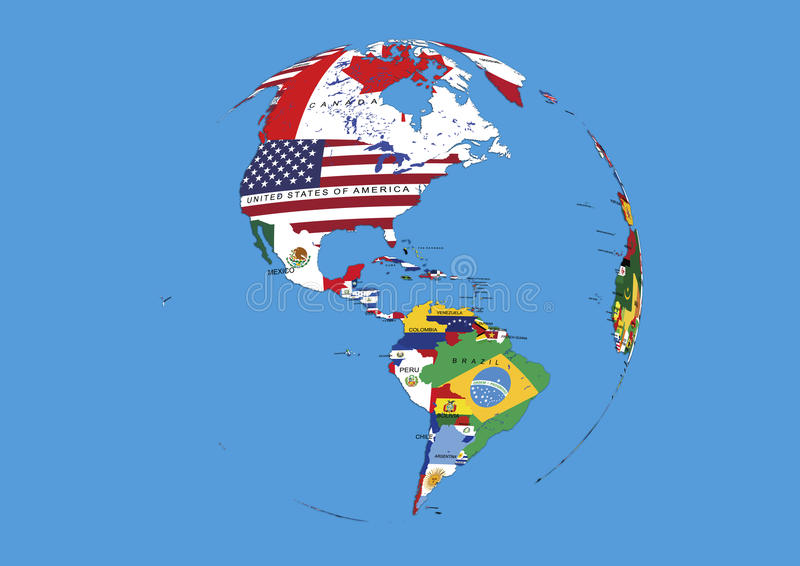 Pray for Our World – The Americas

As I continue around the globe in prayer, starting with the African continent, I now come to the Americas. These are two continents made up of three main areas of North America, Caribbean, and Latin America. They have a lot in common between the 53 countries that make up this region, but there is also great diversity – from the indigenous Intuit people of the Arctic to the Fuegians of South America. There are blessings and challenges to this region, which is sometimes referred to as the New World.

The United States has the majority of the population, and then Canada. North America is the wealthiest continent with 99% literacy rate, 77% Christian and 18% non-religious. The past has been plagued with ill-treatment of indigenous peoples and slavery. The present is plagued with drug-trafficking primarily coming from the south. The balance of world power is changing in the United States, as the world perceptions and roles are changing.

Overall these statistics look pretty good, and many answered prayers have been a part of it. In the Caribbean and Latin America, there has been a shift toward more democracy and away from military regimes, and a new vitality in the Catholic Church based on new reading of the scriptures and evangelical teaching. There have been many great evangelists, missionaries, writers, speakers, pastors, and trainers that have come out of North America, and North Americans are most generous with missions and good causes. In the area where I live (Southeast United States), I am fortunate to see this played out every day in my church, friends and co-workers.

But there are also a few large areas of prayer needed for this region of the world. Drugs, poverty and crime are certainly on the list, but the one that really stuck out to me when studying this region is the Church. The past brought many solid leaders and teachers from the church but today’s American church is changing.

Pray for our youth and university students, those who face these obstacles constantly. Just the statistics alone on our youth are staggering. Pray for the immigrant communities, who come from every major world culture to this area of the world – seeking hope. And pray for our poor and oppressed – sex trafficking, drugs, and those who go without in an area of plenty and over-abundance. And don’t just pray – God wants us to help, to get involved! As an American, I pray, “May God have mercy on us and help us return to God, so that we don’t waste what God has blessed and purposed us with.”