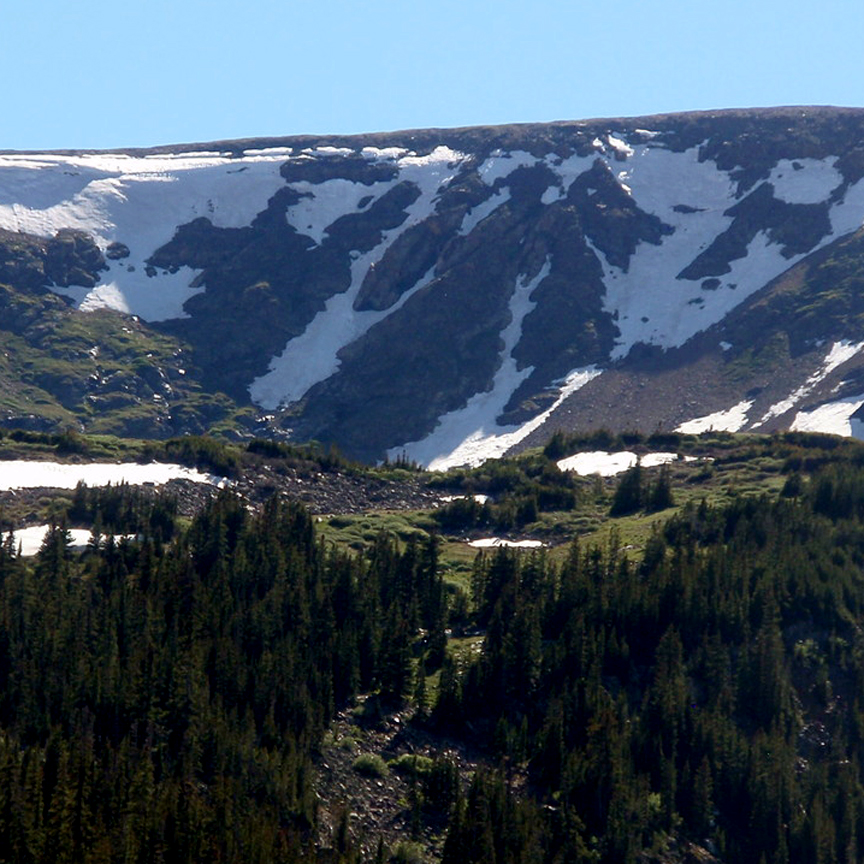 There have only been two times in my adult life that I have hit the proverbial “panic button”.  The first time was when my toddler son got lost in Toys ‘R Us.  I found him playing inside one of the plastic houses, but only after I had shut down the entire store in search for him.  The second time was when he was a little older, and we were on the ski slopes in Colorado.

We had just finished a hearty breakfast that morning in the ski lodge dining room, and we were planning our day on the slopes.  John had progressed well in his skiing over the last few years and was anxious to try out some harder slopes.  We had always skied together in the past, but he was beginning to surpass me in both skills and stamina, and I knew we would have to find another way for us to ski.  As we looked over the trail map, we decided we would start off skiing together and then split off at a certain point on the trail.  He would ski the harder path and I would take the easier run, and we would meet back where the trails re-joined further down the mountain.  We both knew from looking at the map that if he did not take the turn back to the joined trail, he would be headed for some very steep trails further down.  But the map seemed clear and we had our plan.

We headed off and soon split into different directions.  I whispered a little prayer for him as I skied away.  Surely, I thought to myself, I am just being silly.  He is a much better skier than I am.  So I skied down to the meeting spot and waited.  And waited.

John did not show.  I trekked back up and down the mountain looking for him, with my ski boots aching more with every step I took.  I called into the vast, snow-covered forest, but my calls were left unheard.  Panic began setting in, and all I could think to do now was ski down to the bottom of the mountain and see if he was waiting for me there, though I knew that was not what my son would normally do.  As I neared the bottom, I saw my husband standing there waiting for us.  When he saw me skiing alone, he just shook his head.  He knew too.

My husband immediately took out his cell phone and called our son.  I had given my phone to John to use.  There was no answer and there were no missed calls.  I dropped my ski gear and started running to the nearest ski patrol office.  I desperately wanted to take off my ski boots at this point, but the 25 degree weather outside made that impossible. Panic ensued even more as I was asked to describe what my son was wearing and the direction of where I last saw him.  A few seconds later, ski patrol took off in the ski mobile up the mountain.  They acted like they had done this a few times before, but this time it was for me.

A few minutes later, we received a call that our son had been found.  Although he was a little cold, he was alright and they were bringing him down.  This might have been the end of the happy story, but it wasn’t over.  After we gave ski patrol a very grateful thank-you, we put on some warm clothes and spent the next hour exchanging stories over hot cocoa. We began discussing where we might have missed each other on the trail when John said something I did not expect.

“The woman told me where to go.”

I paused. “Oh, you must mean when ski patrol came to pick you up?”

“No,” he replied, “I couldn’t find the trail marker to turn on the trail.  A woman appeared below me on the mountain and said, ‘Your mom wants you to go this way’, and then points to the trail.  I turned onto the trail and then looked back for her, but she was gone.”

I asked him again, “Was she wearing one of the ski patrol or ski instructor jackets?” I thought maybe one of the workers had noticed him and stopped to help.

“No,” he said, “She wasn’t skiing, she was just standing there.”

He began to explain how the trail marker had been covered up from the previous night’s heavy snowfall.  We both knew what that meant – if he had not found the trail, the only other way down the mountain was through the steep, black diamond trails that lay below.

Perhaps my whispered prayer had not been so silly after all.