Why would a loving and compassionate God send people to hell? 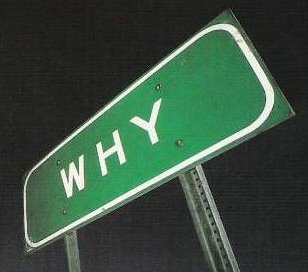 Why would a loving and compassionate God send people to hell?

This is the question a co-worker asked me a few weeks ago.  It is an important question, and honestly, a difficult one to try to answer.  My friend was having difficulty reconciling what she saw around the world with her Christian beliefs.  “There are a billion muslims,” she said, “I can’t see how God will send a billion people to hell when they are only following the only culture and traditions they have ever known.”

She asked this question a few days before the Paris terror attacks.  I don’t know if our conversation would have been different if it had taken place after the attacks, but I do know that the day before any tragedy seems to be a normal day just like any other.  And when tragedy strikes, we immediately start searching for the truth.  The truth does not change based on circumstances.  It is the same the day before and the day after.

The answer to her question is not a simple yes or no.  But there can only be one truth to the world, and this question can be answered adequately and rightly without having to compromise on that truth.

I began to explain my answer to my friend and followed it up with some references.  Many people have this same question, so I have written my answer below in four statements that I hope will also help others.  After all, everyone wants to know, and there is nothing we can do to change the answer once we die.

1. The answer lies not just in what we see in the world today, but in an overall understanding from the beginning of people in our world.  This is recorded in the Old Testament of the Bible.

No other book explains the historical beginning of time and records the genealogy starting with Adam.  The Bible represents 40 authors, 66 books, written over 1600 years, in 3 continents and 3 languages.  It describes the human race in completeness – all races, cultures, and religions.
*fun fact: There are 22 letters in the Hebrew alphabet.  In triplicate (3), this equals 66, the number of books in the Bible.  Three means complete.

Two-thousand years passed between Adam and Abraham in the book of Genesis.  This is significant because God does not establish his first covenant with people until Abraham.  Abraham is considered the start of religion as we know it today.  The book of Genesis does not give us a lot of detail during those first 2000 years, but we do know the earth had become very evil and God destroyed it with a flood during Noah’s time.

God is known to punish people for evil, but He always gives them fair warning ahead of time.  Grace has been present from the beginning.  Anyone who heeded the warning, sought God and repented from their evil ways was saved from destruction, no matter what they had done in the past.

The people of Noah’s time were warned for many years. (I Peter 3:20)
The people of Sodom and Gomorrah were warned ahead of time. (Genesis 18:22-33)
The people of Nineveh, though very evil, were warned through the prophet Jonah and they listened and repented, and were saved from destruction.  (Jonah 3)
God’s own covenant people through Abraham had become very evil themselves in about 600 BC.  They worshipped other gods, sacrificed children and participated in cannibalism, and their own priests had become corrupt and evil.  The prophet Jeremiah warned them for years, and his prophecy came true when Jerusalem was destroyed in 586 BC and the few thousand remaining were held captive in Babylon. (Jeremiah and Lamentations)

2. God will not condemn someone for what they do not know.

How were people saved or judged before Jesus’ time?  And what about those in more recent times who still have never had a chance to hear of Jesus or read a Bible?  Remote areas of the world, certain cultures, Native American Indians who lived prior to the western colonization,  young children, and the mentally handicapped are a few of these.

Prior to having a knowledge of Jesus, people were saved by faith in what they knew up until that time, and by faith in the promise of a coming Savior.

“By faith Abel brought God a better offering than Cain did. By faith he was commended as righteous, when God spoke well of his offerings. And by faith Abel still speaks, even though he is dead.” (Hebrews 11:4)
“By faith Abraham, when called to go to a place he would later receive as his inheritance, obeyed and went, even though he did not know where he was going.” (Hebrews 11:8)

Read more on this at: http://www.gotquestions.org/before-Jesus.html

3. God the Creator can reveal himself through his creation, and will make himself known to each of his created.

Just like a baby knows its mother, we instinctively know God our Creator.  It is our heart (soul) that decides whether we want to follow God and what He has revealed to us.  Reading a Bible or attending church is certainly helpful but not a requirement.  God has been known to use His creation to reveal Himself, especially in Old Testament times. (Psalm 19:1-4)

This is part of the mystery of God.  We do not know how God reveals himself to each person, but we can trust that He will, and everyone is given a choice.  But we must be very careful here… for those of us that have knowledge, we are judged on that knowledge.  Even Satan and the fallen angels had knowledge of God and they chose differently.

Read more on this at: http://www.gotquestions.org/never-heard.html

4. Finally, because God loves us, he will not leave us without hope or without choice.  He has sent a Savior for all people.  A Savior is not based on who we are or what we’ve done, but on what the Savior has done for us.

By nature of who God is, he cannot be a part of sin or evil.  God poured out his final judgment on sin through the ultimate sacrifice, His Son Jesus, who took the punishment on the cross in our place.  Jesus’ final words were, “It is finished.” (John 19:30).  God’s plan to redeem his people was complete.  Jesus’ burden was so heavy during the time of his crucifixion, that I believe this was because he was thinking of each and every one of us by name – past, present and future.

There are different ideas on the exclusivism-inclusivism of Jesus, but the basic truth is this:

Jesus came as Savior to all the world. (“Go and make disciples of all nations,” Jesus said” Matthew 28:19).  His death and resurrection covers the righteousness for those who believe in Jesus as their Savior, and as the promised Savior for those who have not yet heard and will believe.  This makes Jesus still the one Savior for all the world, as prophesied from the beginning of time, and the one true path to God.  He is our intercessor to God.  Through Jesus, God no longer sees our sin but sees the righteousness of Jesus within us.

There is no need and no truth in having many paths to God to cover our various traditions, personalities, character traits, races, cultures, circumstances or changing times.  God never said we had to work our way to Him either.  By Faith (true repentance) and by Grace present from the beginning, One Savior covers it all; fair and just and complete.

Read more on this at: http://www.gotquestions.org/inclusivism-exclusivism.html

We want quick answers, even to tough questions, but the Bible shows us that God’s view and concept of time is not limited to our short timeframes.  But because our life on this earth is short, we have little time as individuals to decide what we want to believe and do.  Will it be based on a matter of convenience or a search for the truth?

My friend left our talk that night a little overwhelmed, but the next morning I noticed  she was smiling and talking to the taxi driver about Christ!  She had found her answer.

We may not find all the answers, but in finding God,
we will find the One who does.