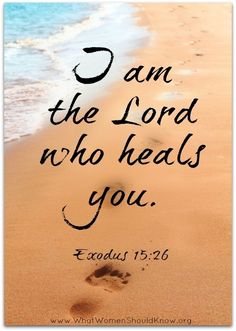 Jesus heals what others cannot – our hurts, our regrets, our sins, our fears.

If Jesus is who he said he was, then his words and actions as recorded in the Bible are what truly matters, and not the rambling and conflicting noise we hear on tv or the news or other self-proclaimed experts.  It’s a confusing world out there.  If I were not strong in my faith, strongly rooted in the things I have seen and known to be true over the years, I too could be a very conflicted person.  I started writing this series at the beginning of this year to focus only on reading Jesus’ words to see what he really has to say about our world.  I just finished his Sermon on the Mount at the beginning of the book of Matthew and found it to be just as relevant for today as it was back then.  Now I begin to look at some of Jesus’ other actions and miracles that he is most famous for.  His actions, combined with His pointed questions and concise words, speak much.

When Jesus came down from the mountainside, large crowds followed him.  A man with leprosy came and knelt before him and said, “Lord, if you are willing, you can make me clean.”

Jesus reached out his hand and touched the man. “I am willing,” he said. “Be clean!” Immediately he was cleansed of his leprosy.  Then Jesus said to him, “See that you don’t tell anyone. But go, show yourself to the priest and offer the gift Moses commanded, as a testimony to them.”

Jesus often referred to Old Testament prophets and men.  He spoke of Moses, Noah, David, and Isaiah.  He did not go against their teachings, which were also of God, but instead He fulfilled them, completing their faith.

When Jesus had entered Capernaum, a centurion came to him, asking for help. “Lord,” he said, “my servant lies at home paralyzed, suffering terribly.”

Jesus said to him, “Shall I come and heal him?”

The centurion replied, “Lord, I do not deserve to have you come under my roof. But just say the word, and my servant will be healed.  For I myself am a man under authority, with soldiers under me. I tell this one, ‘Go,’ and he goes; and that one, ‘Come,’ and he comes. I say to my servant, ‘Do this,’ and he does it.”

When Jesus heard this, he was amazed and said to those following him, “Truly I tell you, I have not found anyone in Israel with such great faith.  I say to you that many will come from the east and the west, and will take their places at the feast with Abraham, Isaac and Jacob in the kingdom of heaven.  But the subjects of the kingdom will be thrown outside, into the darkness, where there will be weeping and gnashing of teeth.”

Then Jesus said to the centurion, “Go! Let it be done just as you believed it would.” And his servant was healed at that moment.

I’ve often wondered why Jesus asked some of the questions that he did in response.  Why did he ask the Centurion if he should come and heal him, instead of just asking if he wanted him healed?  Jesus asked these questions to draw out a person’s heart and faith.  He wanted to see how the Centurion would answer.  Did the Centurion think Jesus needed to be there to heal him, or could He just say the word?  Jesus is always interested in what we think and in the state of our hearts.  This is more important than just healing us from our temporary, physical pain.  It is not magic or crystals or saints or reciting certain prayers that heals us.  It is only the spoken word of Jesus.

If it happened as Jesus said, if his words are true, if he did in fact heal these people as he said, then Jesus is who he said he was.  And He is the same now as He was then.  Live as you believe.  Jesus can heal – our hearts, our souls, our minds, our lives.  Don’t let all the confusing noise and swirl tell you differently, and don’t give up.