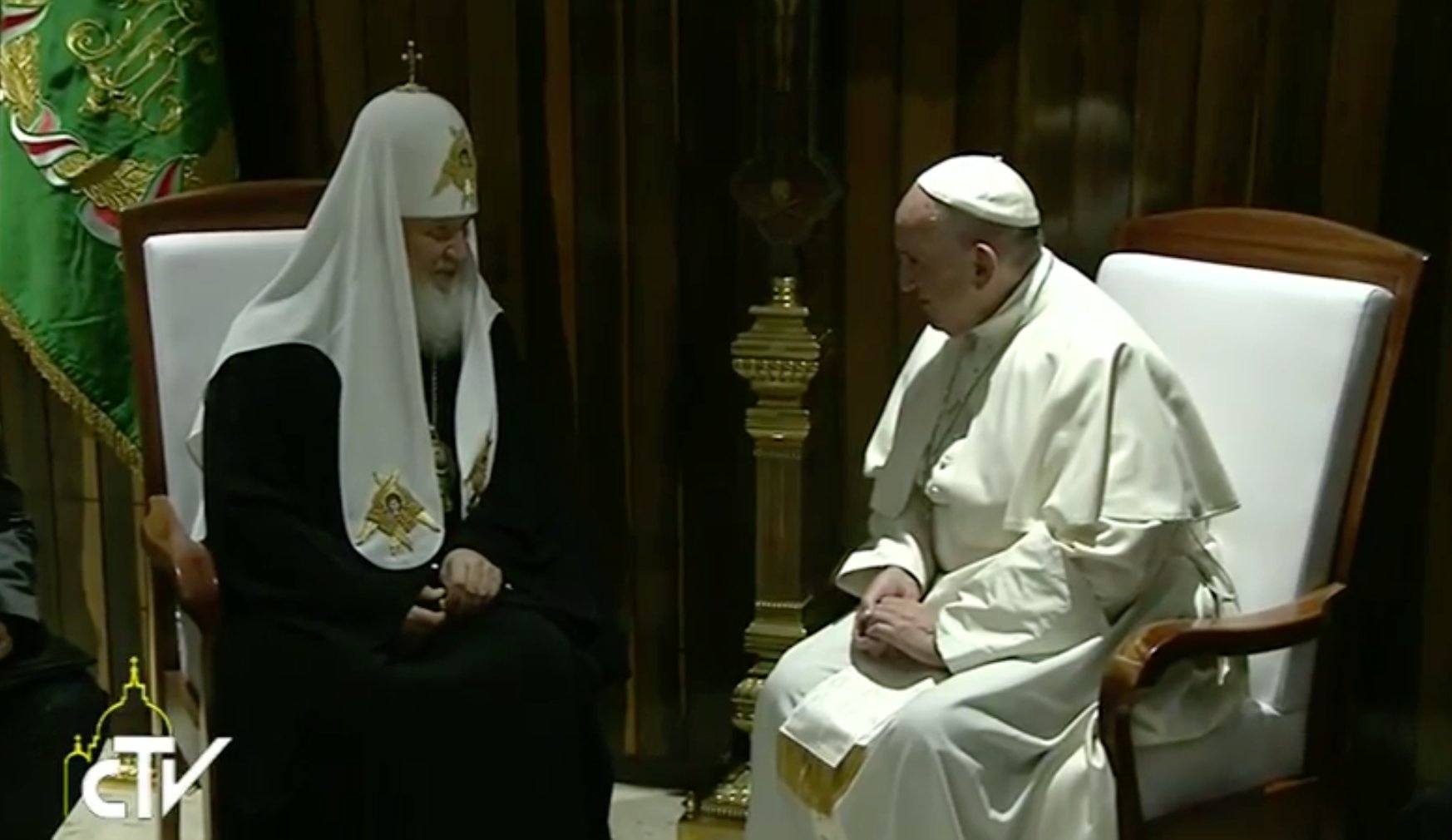 We are a generation that is offended by almost everything.  Somewhere along the way we have decided that we deserve to be right above all else.

But when Jesus addressed his disciples regarding the decision of paying the temple tax, he said, “Let us not offend them.”  Jesus knew what he was entitled to, but it was not about proving he was right.  Jesus loved people, and relationships were at the heart of all his teachings – a relationship with God and relationships with others.  We will be most remembered in this life by our relationships and how we treat others.  Jesus knew this well.  He knew what life was all about.

When we offend someone, intentional or not, we close off that relationship to reconciliation and healing.  It may even stand in the way of sharing God’s love.  Sometimes, grudges can last a very long time…

Last week there was a historical meeting between the Pope and the head of the Russian Orthodox Church.  The two churches have not spoken with each other since their split in 1054, almost a thousand years ago.  The purpose of the meeting was to discuss their shared concern over the persecution of Christians in the Middle East.

“We are brothers,” Pope Francis said as he embraced Kirill in the small, wood-paneled VIP room of Havana’s airport, where the three-hour encounter took place.

“Now things are easier,” Kirill agreed as he and the pope exchanged three kisses on the cheek. “This is the will of God,” the pope said.  (USA Today)

Times are changing as we are witnessing significant events in our world never before seen in any recent lifetime.

When he went into the house, Jesus spoke to him first. “What do you think, Simon? Who do earthly kings collect tariffs or taxes from? From their sons or from strangers?”

“From strangers,” he said.

“Then the sons are free,” Jesus told him. “But, so we won’t offend them, go to the sea, cast in a fishhook, and take the first fish that you catch. When you open its mouth you’ll find a coin. Take it and give it to them for Me and you.”