Pray for Our World: Barbados 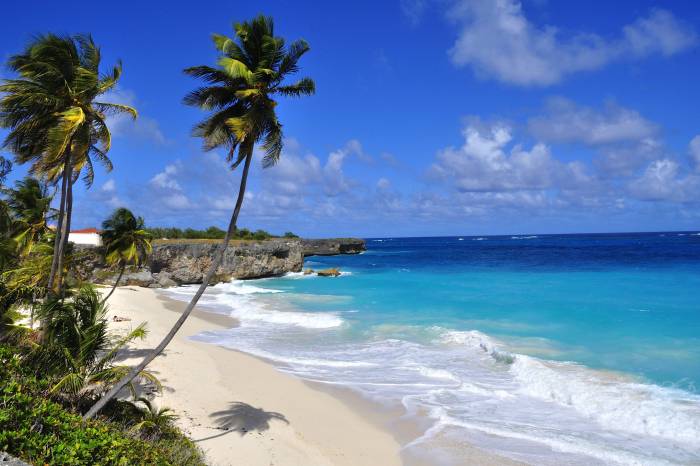 Barbados is the most easterly of the Windward Islands in the Caribbean.  It is a prosperous and successful economy of tourism, sugar and off-shore banking.  The majority is Christian Protestant of the Anglican Church, but the second-largest church is Seventh-day Adventist.  As I’ve mentioned before, denominations such as Mormon Church of Latter Day Saints, Seventh-day Adventist and Jehovah’s Witness are all quietly increasing in great numbers in Latin America and other places.  Without getting into theological differences, one of the concerns of these denominations is that they believe you are only saved through their denomination and you cannot change churches.  This is Biblically incorrect, as Jesus Christ is the only One who can save us, through his sacrificial death on the cross for our sins.  It is about Who we know, not the What or the How.

Pray for this small island, that the truth which is Christianity will stand firm, and they will not give in to liberal theologies and secularism which ultimately will have a downfall.