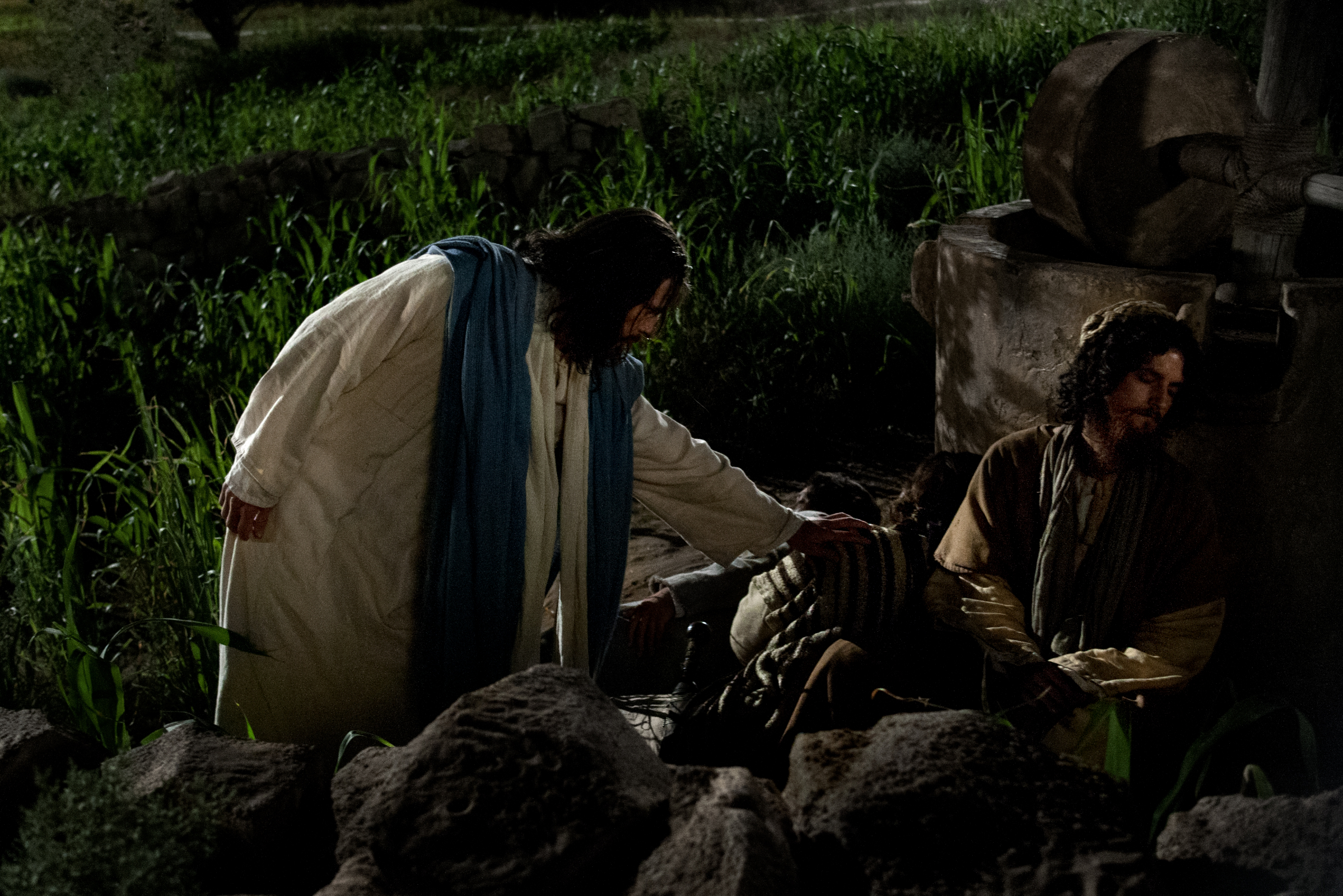 Have you ever had your life change in an instant?  One minute you’re having a nice dinner, making plans and talking about the future, and the next.. it all changes, and quickly.  It’s that moment of epiphany when we suddenly realize we’re not in control of everything after all.  Sometimes it leads to confusion, and you’re tired, and you just can’t believe what is happening, but it is.  There is an event recorded in all four gospels that is like this.

Gethsemane was a garden in the Mount of Olives, east of Jerusalem.  It was known for its olive trees and there are still many olive trees there today.  It is also where Jesus often went to pray, but on this one particular night Jesus was visibly upset.  His disciples didn’t know what to think when they saw him overcome with grief and emotion.  Usually Jesus is comforting them, and now Jesus is asking them to pray.  Did they know this would be the last night they would spend with Jesus before he was crucified?  They had just finished a nice meal in the Upper Room.

Jesus’ extreme emotion in the Garden was not one of weakness, but of humanity and humility.  The result of his coming into this world thirty-three years earlier has now culminated.  He would be leaving his disciples alone, knowing what they would face in the coming days and years.  Jesus knew what he was about to face as well.  It was not just a physical pain and death, but the weight of the world’s sin bearing down on Him.

Yet, after a time of intense prayer and agony in the Garden, Jesus seems to emerge even stronger and in a take-charge way.  He tells his disciples, “Are you still sleeping?  Get up, let’s go!”

Even in our deepest agonizing times, Jesus tells us the same.  He went through it, and He is also saying to us, “Get up, let’s go!”

Then Jesus came with them to a place called Gethsemane, and He told the disciples, “Sit here while I go over there and pray.”  Taking along Peter and the two sons of Zebedee, He began to be sorrowful and deeply distressed. Then He said to them, “My soul is swallowed up in sorrow —to the point of death. Remain here and stay awake with Me.” Going a little farther, He fell facedown and prayed, “My Father! If it is possible, let this cup pass from Me. Yet not as I will, but as You will.”Then He came to the disciples and found them sleeping. He asked Peter, “So, couldn’t you stay awake with Me one hour? Stay awake and pray, so that you won’t enter into temptation. The spirit is willing, but the flesh is weak.”

Again, a second time, He went away and prayed, “My Father, if this cannot pass unless I drink it, Your will be done.” And He came again and found them sleeping, because they could not keep their eyes open.

After leaving them, He went away again and prayed a third time, saying the same thing once more.

Then He came to the disciples and said to them, “Are you still sleeping and resting? Look, the time is near. The Son of Man is being betrayed into the hands of sinners. Get up; let’s go! See, My betrayer is near.”