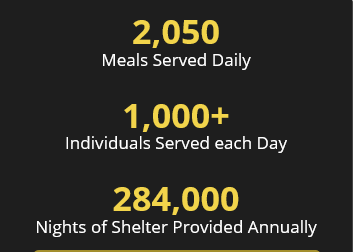 Jesus performed many miracles in his time, but the miracles were not intended for believers.  They were to help them believe.  As Christians today, we sometimes expect miracles as a sign of our faith.  I first thought about listing some of the miracles I have experienced in my lifetime, but then I realized it is easy for me to see God’s wonders in the world because I believe.  But what about miracles for the non-believer, to help them believe?  That list was harder for me to come up with.  Jesus still performs miracles today, but it is often through his faithful servants that these miracles are shown.  Here are a few miracles I’ve seen for non-believers:

A mother prays for her prodigal son for twenty-five years. He is found unresponsive; no one knows how long he has been laying there still alive, but it is longer than medical science usually allows.  Today he is a thriving family man and leader in his church.

A meth addict is at his very end. He is hungry and has no place to go. He can no longer take care of his family. Desperate, he goes to a church food pantry. They greet him as Jesus would greet him. Today he is a Sunday School teacher and leads mission trips.

The above picture. This is taken from the Atlanta Mission, an organization that is in the miracle business every day.  Many lives are changed.  Check out some of the videos at atlantamission.org for more great stories.  Have some tissues handy.

“To what should I compare this generation? It’s like children sitting in the marketplaces who call out to each other: We played the flute for you, but you didn’t dance; we sang a lament, but you didn’t mourn!

Jesus said even Sodom would have repented at the sight of His miracles.  I hope we do not think of ourselves better than Sodom and I hope we are not beyond believing in miracles.

Be the miracle – do something in Jesus’ name.