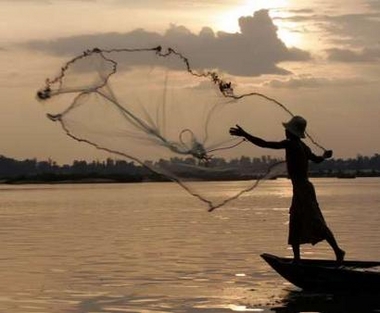 The parables Jesus told were not just moral stories on how to live – they told us about heaven and hell.  I imagine the questions people might have asked Jesus would go something like this:  If you are the Son of God from heaven, then tell us what is heaven like, and is there really a hell?  Wouldn’t you ask the same thing if you could?  Jesus’ response is found in his parables.  He did not really explain the physical nature of heaven in his stories, as our minds would not be able to fully understand that.  But he did do a lot of explaining on how to get to heaven and avoid hell.

When people say to me today, “I don’t think here is a hell,” or “I don’t believe God would send anyone to hell,” this is my response:

Hell is the complete absence of God.

It is a place that is void of any characteristic that comes from God – love, peace, joy, righteousness, grace, forgiveness, hope, light, and good.  Take away all of that, and take away your ability to call out to God anytime for help, from a place where God is completely unavailable and does not reside, and that is what hell is like.  It’s like that old expression:  You don’t realize what you have until it’s gone.  Appreciate God’s characteristics and beauty today, and call out to Him now while He is still available to you.

Jesus presented another parable to them: “The kingdom of heaven is like a mustard seed that a man took and sowed in his field. It’s the smallest of all the seeds, but when grown, it’s taller than the vegetables and becomes a tree, so that the birds of the sky come and nest in its branches.”

He told them another parable: “The kingdom of heaven is like yeast that a woman took and mixed into 50 pounds of flour until it spread through all of it.”

Then He dismissed the crowds and went into the house. His disciples approached Him and said, “Explain the parable of the weeds in the field to us.”

He replied: “The One who sows the good seed is the Son of Man; the field is the world; and the good seed—these are the sons of the kingdom. The weeds are the sons of the evil one, and the enemy who sowed them is the Devil. The harvest is the end of the age, and the harvesters are angels. Therefore, just as the weeds are gathered and burned in the fire, so it will be at the end of the age. The Son of Man will send out His angels, and they will gather from His kingdom everything that causes sin and those guilty of lawlessness. They will throw them into the blazing furnace where there will be weeping and gnashing of teeth. Then the righteous will shine like the sun in their Father’s kingdom. Anyone who has ears should listen!”

“The kingdom of heaven is like treasure, buried in a field, that a man found and reburied. Then in his joy he goes and sells everything he has and buys that field.”

“Again, the kingdom of heaven is like a merchant in search of fine pearls. When he found one priceless pearl, he went and sold everything he had, and bought it.”

“Again, the kingdom of heaven is like a large net thrown into the sea. It collected every kind of fish, and when it was full, they dragged it ashore, sat down, and gathered the good fish into containers, but threw out the worthless ones. So it will be at the end of the age. The angels will go out, separate the evil people from the righteous, and throw them into the blazing furnace. In that place there will be weeping and gnashing of teeth.”

“Have you understood all these things?”

“Therefore,” He said to them, “every student of Scripture instructed in the kingdom of heaven is like a landowner who brings out of his storeroom what is new and what is old.” When Jesus had finished these parables, He left there.