Is God in Las Vegas? 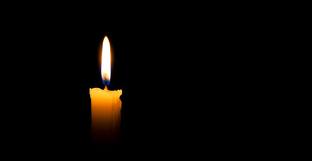 Is God in Las Vegas?

I wondered… Are they for real or just another couple of
crazy people in Las Vegas?

I have been to Las Vegas a couple of times now, both times were stopovers on my way to California and the Grand Canyon.  The Las Vegas airport is positioned where you almost always have to fly through it to get somewhere in the west.  I know several people who enjoy the occasional trip to Vegas, and while I may not share their same vacation excitement, that is not the focus of my writing.  My Vegas experience was on a different level.

The first time I went, my son was very young and we mostly stayed in the kiddie pool and circus areas.  It was a little unsettling for me then, and I did not really care to return.  A few years later, having forgotten my first experience, we ended up there again on another stopover.  My son was around eleven years old this time, and I soon remembered my mistake in returning.

We had just finished dinner that night, watching the Bellagio water fountains from the main strip, as we began walking back through the streets to our hotel.  It was dark and the sidewalks were shoulder-to-shoulder crowded.  People were handing out advertisements, yelling and selling things, and the ground was littered with all sorts of trash.  I will never forget stepping over all those flyers that blanketed the sidewalks, stepping on the pictures of young women selling themselves.  I tried not to think about it as I kept my eye on my son in front of me, who had a tendency to wander, and I somehow felt like I had let him down bringing him to an unsafe place as this.  As I trudged along, I became overwhelmed with an immense feeling of hopelessness that I felt from all around me – the pain I saw behind people’s faces, seeing them grasp for comfort in anything they could find, and the destruction of themselves and others.  Tears welled up inside me and I began to cry.  I’m sure I must have looked like a fool, walking down the streets crying while everyone else seemed to be enjoying themselves.  Trying to hide my tears, I did not want my family to see me crying.  I did not want them to experience what I was feeling.

I began to ask God.. Are you even here among all of this?  Have you already abandoned this place like Sodom and Gomorroh?

There were no outwardly signs of God anywhere – no friendly faces, no one saying “have a nice day”, no church on the corner, not even a bumper sticker that says “God loves you”.  Nothing.  If anyone doubts the existence of God in our everyday lives, then they should see what it feels like to be in a place with the absence of God.

A few minutes later into our walk, my husband, as if he already knew my thoughts, tapped me on the shoulder and pointed to the street corner ahead.  I looked up and saw two young men standing there with their Bibles open, speaking out loud.

I wondered… Are they for real or just another couple of crazy people in Las Vegas?

I stopped for a moment to observe.  Hundreds of people continued to walk past the corner where the young men stood.  Most did not even see them or glance their way, and no one was shoving at them or shouting drunken insults.  It was almost as if there was a barrier around them.  One person out of the crowd had stopped to talk to one of the young men, and they seemed to be engaging in a serious conversation all their own.  The other young man continued speaking out loud.  He was not talking about hell or doomsday or the end of the world (for many of these people were already living that), but he was talking about Jesus and love and hope.

For Jesus came to save the world…

I got my answer that day.  Yes, God is in Las Vegas.  He will be there as long as there are “Paul and Silas” type missionaries willing to spread a sliver of hope and light in a very dark world.

For there is nothing else in this world that can offer this type of hope – not Islam, not Buddhism, not new age spirituality, and not money.