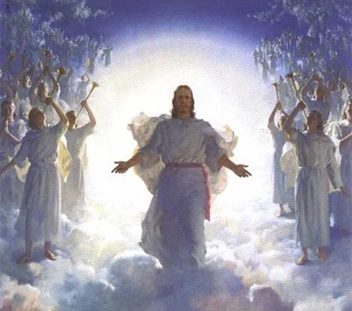 Life is fascinating, isn’t it?  Millions of people at any one time, moving in sync, creating a type of rhythm and harmony we call humankind.  It’s not without its problems, of course, but think of the endless combinations and opportunities it has.  It’s limitless, really.  As long as we acknowledge there is a higher power above us and that we do not have the ultimate control over the universe, then we can do amazing things with what we are given.  We have choices, maybe not our own personal genie, but we do have a lot of ability to carve our own destiny, purpose, and happiness.

Recently, I had the chance to meet two very fascinating and intelligent women, both of whom were vastly different in their chosen vocations.  One was a CEO for a large company.  She came to my workplace, and several of us  were huddled around the conference room looking our best and brightest, admiring her confidence, leadership and down-to-earth style.  The other woman I met that same day was an old Southern writer, full of grace and charm.  I conversed with her throughout the evening at a small indie bookstore that I frequent in my spare time.  She was dressed in a colorful, eclectic outfit, and nestled comfortably in a big chair among all the books and antiques.  She also spoke eloquently, as if she was telling a story.  As I summed up my day, it occurred to me that both of these women, very different on the outside, also had much in common.  They were both living their gifts.  Have you ever met someone who seemed comfortable in what they were doing?  They shine.  As my old manager would say, “Their clothes don’t look awkward on them.”

Though each of these women had chosen different careers and lifestyles, their advice about life in general was very similar.  I wrote down some of their thoughts:

God most often answers our prayers through His own people.  The Bible is full of examples where God uses ordinary people to accomplish great things.  It’s rarely the other way around.  Think about this… We are created in God’s image!  We are His most precious creation!  God even commands his angels to look over us.  This is no small thing!  God is the King of Heaven.  Our inheritance as children of God is eternal life in Heaven for those that believe and follow Him.  Jesus, the High Priest and right hand of God, came to live among us!  He came for the sinners, the poor, the mistreated, and everyone who would accept His help.  He turned away no one who came searching for the truth.  If we can put away our ideological differences for a moment and realize why Jesus came and who He came for, then the rest will take care of itself or is no longer as important.

To emphasize just how important and special we are to God, I conclude by giving a small detail from Stephen’s story, the first Christian martyr in the Bible.  Stephen was giving a speech to the Sanhedrin about the history of the Jews and the prophesied Savior, though it was not being well-received at the time…

Jesus was not sitting beside God on the throne.  He was standing, in honor of Stephen. Don’t we all want to see Jesus standing up to greet us someday?  It’s a big deal.